The Journey We Do at Dinner 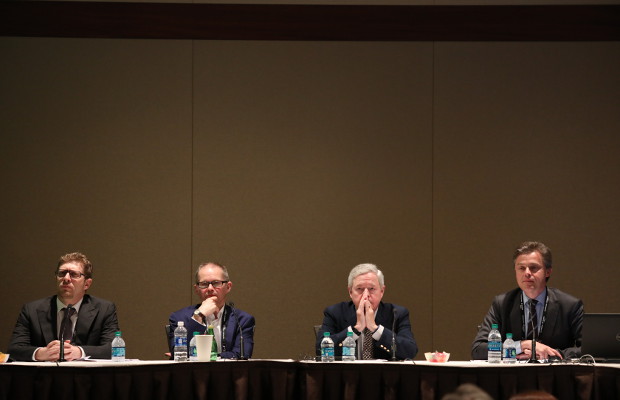 One of the first sessions of this year’s Annual Meeting shone a spotlight on the unique role of geographical indications, as Aislinn Burton reports.

“Strengthening the protection and significance of GI in product branding is receiving renewed interest” from brands, Mr. De Gryse said. Not only have GIs become “an important advertising tool,” but they also act as an indication of quality and safety within the food industry.

Simply put, “what we’re talking about is food quality,” Mr. Kole said. For him, GIs are “all about the consumer and the impact of food fraud.”

He explained that certification marks come in many different shapes and sizes and there can be overlaps between origin-based certifications and trademarks, however consumers don’t necessarily recognize the distinctions between each type of mark.

For example, Mr. Kole said that currently there is no federal law which regulates use of the word “natural” on foods in the United States. “Consumers think it means organic and it really doesn’t,” he added. “It looks like a certification mark but it's registered as, and functions as, a trademark.”

Though there can be “synergies” between trademarks and GIs and “both concepts enable producers to distinguish their products in the market,” Mr. De Tullio noted that there are also some crucial differences between the two forms of IP.

Unlike trademarks, GIs can never become generic; there is no duty of use; and the registration process is managed by institutions rather than private bodies, Mr. De Tullio explained.

Referring to the EU approach to GIs, he said “the GI system is a way to preserve cultural and gastronomic diversity and heritage”. A GI refers to different tastes, cultures, and traditions. “It’s a journey that we do when we go to dinner,” Mr. De Tullio summarized.

Scotch Whisky enables consumers to enjoy a journey that is “uniquely Scottish,” according to Mr. Low, who said that most of his working hours are spent trying to protect the organization's GI. Scotch Whisky is imported into around 200 markets and its annual export value is worth roughly US  $5.4 billion, so the GI of it “really is an important IP asset,” he said.

However, Mr. Low explained that it’s “important for a GI to be able to prove that it actually is the real thing.” “Saying ‘we’re from Scotland, you can trust us,’ doesn’t get you very far,” he said. Product verification is therefore a crucial part of GI protection.

After protection comes enforcement. “Perhaps the most onerous part of our job is actually to prevent infringement,” Mr. Low said, as “in just about every country there will be somebody trying to take unfair advantage.”

Learn more about these issues in Session CM50 Geographical Indications in the Domain Name Space on Monday from 3:30 pm to 4:45 pm.