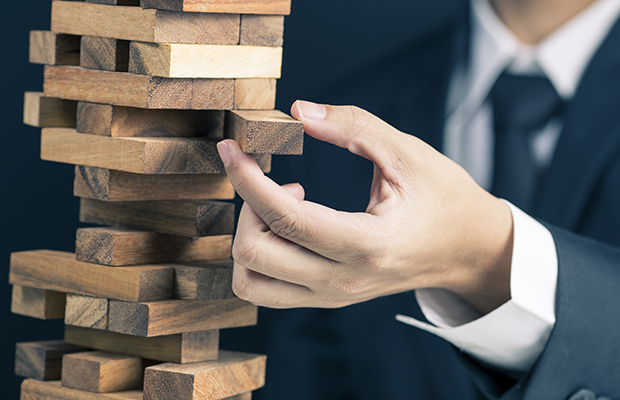 While some lawyers may want to avoid taking on patent cases involving contingency claims, others will fancy the adrenalin rush associated with recovering huge monetary rewards. Paul J Sutton of Sutton Magidoff has more.

Owners of patents have always had difficulty in locating a patent attorney or IP law firm willing to take on their representation involving a contingency claim against an accused infringer. This has been the situation whether or not the representation at the outset involved the commencement of a litigation.

Decisions of the US Supreme Court and the US Court of Appeals for the Federal Circuit have added varying degrees of uncertainty to patent infringement litigation. The Supreme Court in its 2014 Alice v CLS Bank decision significantly limited what constitutes patent-eligible subject matter. Patents based primarily on computer software have been weakened and invalidated and, thus, will not necessarily be good candidates for contingency representation.

The US International Trade Commission (ITC) has ruled that licensee investments may satisfy the domestic industry requirement for bringing an ITC case. While the ITC has injunctive powers that can be powerful in affecting the importation of products into the country, it does not award damages. The threat of injunction, however, can cause an incentive to settle.

In the case of Octane Fitness v Icon Health and Fitness, the Supreme Court greatly liberalised the award of attorneys’ fees to the prevailing party in patent infringement litigation, under 35 USC, section 285. This presents a double-edged sword to contingency lawyers, namely, the ability to chase greater court monetary awards, but the risk of a court award of attorneys’ fees against one’s client who loses.

Yet another factor will be the Supreme Court’s March 2017 decision in SCA Hygiene Products v First Quality Baby Products, where laches was virtually eliminated as a defence in patent cases. This will hearten plaintiff patent owners.

Another factor to be considered by contingency lawyers concerns the elimination of the “best mode” requirement under the America Invents Act (AIA), which took effect on March 16, 2013. Prior to the AIA, patents were sometimes invalidated by proving that the inventor and his/her attorney failed to disclose in their patent application the best mode for carrying out the invention known at the time of filing. This defence is now gone.

As the name implies, a contingency rests on a possible but uncertain future event or circumstance. In the case of a contingency legal representation of the type permitted in US civil—never criminal—cases, the attorney’s fee is payable only if a favourable result involving a recovery has been achieved.

In the absence of such a favourable result, such as recovering monies through settlement or a court award, the client will not be responsible for payment of any legal fees that would otherwise be payable for the attorney’s services.

This is contrasted with the more typical fee arrangement between an attorney and his/her client, where a typically required engagement letter signed by both will spell out the attorney’s hourly rate or a fixed fee arrangement for services.

Unlike relatively simple legal matters, representation in patent infringement litigation matters can be, and often is, quite complex. By its nature, patent law is very sophisticated, requiring knowledge not only of the laws involved but state-of-the-art technology matters that are the subject of the dispute.

These may involve the mechanical, chemical, electrical, electronic, biological, biochemical, and genetic arts. Even in relatively straightforward patent litigation that goes through a trial, the legal fees often easily amount to several million dollars.

In addition, other costs typically include the fees charged by technical expert witnesses who may or may not testify, physical tests that require state-of-the-art equipment and personnel, analyses of data needed to support evidence to be presented to a jury, dissection of computer software and algorithms of systems comprising the accused products or systems, court reporter fees, and deposition videographer fees, to name but a few.

In matters handled on a contingency basis, it is the contingency lawyer and his/her firm that must advance such out-of-pocket costs, without knowing whether there will ever be a recovery. There may even be scenarios where there is a court decision favourable to one’s client, but where the judge or jury fails to award monetary damages.

The magnitude of the fee percentage to be paid to the successful contingency lawyer may vary but typically exists in the range of approximately one third of a recovery going to the lawyer, and two thirds to the client. The exact percentage will be up to the lawyer and the client.

Another type of contingency arrangement may involve an escalating percentage that is geared toward the stages of litigation. The key to the parties arriving at the percentage will be a perception on both sides that the arrangement is fair and reasonable.

A key issue to be remembered by both parties to a contingency fee arrangement is that it will always be up to the client alone to decide whether to accept the amount of any settlement offer, not the attorney. If the attorney has been able to negotiate what to him/her is a wonderful settlement, such a settlement may be rejected as too low by the client.

It is for this reason that the attorney must carefully understand in advance and manage the client’s expectations. Ideally, there should be an open and frank discussion between them that results in specific hypothetical amounts being explored. If the client goes back on such an understanding, the attorney will often, but not always, have an opportunity to withdraw from the representation. This is often expressly provided for in the engagement letter.

That said, it will ultimately be up to the judge in any litigation to decide whether the attorney will be permitted to withdraw. This author has endured the nightmare of a judge’s refusal to permit withdrawal of representation. Such a risk will be minimised if there has been a cordial and trusting history of the client and attorney having worked together on other matters.

"It will always be up to the client alone to decide whether to accept the amount of any settlement offer, not the attorney. If the attorney."

An obvious reason that most attorneys will not touch contingency-type representations concerns the considerable risks involved, together with the extraordinary workload and costs involved. Just arriving at a risk assessment will require many hours of research and analysis.

Take, for example, a client who is the owner of a single patent. While the client may be of the opinion that the patent has been infringed, this in fact may not be the case. The attorney must begin with a review of the issued patent together with its file history of the proceedings before the US Patent and Trademark Office that led to its issuance. This enables the attorney to assess the proper scope and meaning of the patent.

Once the meaning and scope of the subject patent claims are understood, the attorney should be able to determine whether these claims “read on” the accused infringing device or method. There may be a consideration of the US law of literal infringement, or infringement under what is referred to as the “doctrine of equivalents”. Clearly, there will be far less risk if literal infringement is found to exist, since the assertion of the doctrine of equivalents will open the door to defences under the doctrine.

Once there is a satisfactory assessment of infringement, the attorney will want to explore whether the subject patent is valid and enforceable. This will require considerable detailed searching of prior art patents and publications, as well as the history of the conduct of the patent owner and inventor(s).

Many a patent has been invalidated by a court that has found the inventor or patent owner to have violated a statutory bar through, for example, waiting more than a year after commercialisation to file the underlying patent application.

Other factors that will influence a contingency lawyer will be an assessment of possible testifying witnesses, including the inventor(s). If they don’t come across as credible and trustworthy, the risks mount considerably. The potential jury pool will also be examined, as will the judge who has been randomly assigned to the litigation for all purposes. A judge’s trial habits and history of decisions and reasoning will be carefully scrutinised. Of course, a judge may be replaced at any point in a litigation.

While there are many reasons for lawyers to want to avoid taking on contingency cases, there will always be some for whom the adrenalin rush associated with the possibility of recovering huge monetary rewards will outweigh the risks.

Paul J Sutton is a founding partner of IP boutique law firm Sutton Magidoff. As adjunct professor at NYU’s Polytechnic Institute, he teaches the courses of intersections of law, business, engineering and psychology; and IP strategies for engineers and scientists. He can be contacted at: paul@suttonmagidoff.com

Paul J Sutton, Sutton Magidoff, contingency claims, US Supreme Court and the US Court of Appeals, US International Trade Commission,