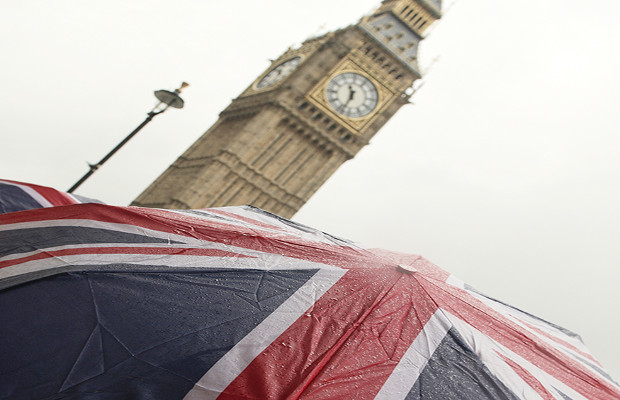 While the eventual impact of Brexit remains unknown, the implications for IP owners could be far-reaching, as Graham Burnett-Hall of Marks & Clerk explains.

Summer is nearly over and all eyes will be on Westminster and Brussels in the coming weeks as Brexit negotiations resume in earnest. The provisions of the draft EU Withdrawal Agreement relating to IP rights are largely agreed, in particular providing that nothing substantive will change during a proposed transitional period to the end of 2020.

However, as the politicians often say, nothing is agreed until everything is agreed. With little sign yet of a deal being concluded soon, the eventual impact of the UK’s departure from the EU remains unknown.

It’s no surprise that businesses are well advanced in Brexit planning with a recent CBI survey revealing that 61% of businesses are developing plans for a ‘no-deal’ scenario. Supply chains, recruitment, regulation—all will be disrupted by Britain’s leaving the EU. IP is no different and businesses should take steps now to ensure that whatever the final outcome, their hard-won IP is protected. Below we outline some key IP rights that may be impacted by Brexit, and strategies for minimising the risk.

The good news is that the process for obtaining patents in the UK will not be affected by Brexit. UK patent protection is obtained by way of either national patents from the UK Intellectual Property Office or European patents granted by the European Patent Office, which was established by the European Patent Convention (EPC). Neither patent office is an EU body, and the UK will remain a contracting state to the EPC.

That is not to say that Brexit will have no impact. Supplementary protection certificates, for example, which are of great importance for pharmaceuticals, are governed by an EU regulation and it is not clear what the UK government proposes to replace this with following Brexit. Hopefully the UK government will adopt policies that foster innovation.

The UK government has also stated in its “Chequers plan” that it wishes to remain in the proposed unitary patent and Unified Patent Court system, currently on hold pending the outcome of a challenge being heard by the German Constitutional Court. Although the UPC, strictly speaking, is established by a non-EU, multilateral treaty, it is intertwined with EU law and the unitary patent itself is the creature of an EU regulation. Continued participation by the UK will therefore require political agreement.

Brexit promises a major change to trademark practice in the UK. Many businesses have chosen to protect their trademarks with EU trademark (EUTM) registrations. During the proposed transitional period EUTMs will continue to apply in the UK and be recognised and enforced—on an EU-wide basis—by the UK courts.

The draft EU Withdrawal Agreement further provides that at the end of the transitional period, holders of registered EUTMs should automatically be granted a comparable right in the UK. But in a “no deal” scenario, EUTMs will from an EU law perspective cease to apply to the UK from March 30, 2019.

"Businesses should take steps now to ensure that whatever the final outcome, their hard-won IP is protected."

Therefore, some uncertainty remains for holders of EUTMs as to the extent to which their rights will be recognised following Brexit. The most risk-averse course would be to file for national UK trademark registrations now—at least in respect of any core marks—in order to ensure that registered trademark protection in the UK is maintained. The status of UK national trademark registrations will not change on Brexit, although it is possible that national trademark law may over time diverge from its current, largely harmonised position.

The ability of holders of EUTMs to claim “seniority” from an earlier UK trademark registration will also be impacted by a no-deal scenario. Currently, if a trademark proprietor owns a national mark in an EU member state and subsequently obtains an EUTM registration, the proprietor can allow the earlier national trademark to lapse but retain the benefit of the earlier mark, in particular its earlier filing date, by claiming “seniority”.

The EU has made clear that, again subject to there being no agreement to the contrary: “All existing seniority claims in EU trademarks based on national trademark rights in the UK will cease to have an effect in the EU as from the withdrawal date.”

Accordingly it would for the time being be prudent for EUTM owners claiming seniority from an existing UK trademark to refrain from surrendering the earlier trademark or allowing it to lapse.

Uncertainty remains as to how registered Community designs (RCDs) will be recognised in the UK following Brexit. As with EUTMs, if agreement is reached, holders will receive an equivalent right covering the UK, but if there is no deal, then from an EU law perspective, RCDs will cease to extend to the UK on March 30, 2019.

In light of the uncertainty, it has been reported that UK registered design filings increased by 95% in August 2016 compared with August 2015. It therefore appears that many designers are applying for both UK and EU registered designs. This appears to be the safest option for designers until future provisions become clearer.

Rather than relying on unregistered rights, and especially given the relatively low cost, designers can put themselves in a more secure position by filing registered design applications in the UK, or ideally both the UK and the EU.

In a communique last year, the EU announced that—in the event of no deal being reached to the contrary—attorneys “that are domiciled or have a seat in the UK only” will lose the right to make representations before the EUIPO.

IP firms with well-established bases in the EU will not be significantly impacted by this as they already have well integrated teams spanning the UK and the EU, and will continue to do so, regardless of Brexit. For smaller firms, however, and those domiciled in the UK only—or perhaps firms with a merely token presence in the EU—a no-deal scenario could have a significant impact on their ability to serve clients looking to obtain IP protection in the EU.

Graham Burnett-Hall is a partner at Marks & Clerk and leads on the firm’s Brexit planning and policy. He advises on all aspects of IP law, with a particular emphasis on patent litigation and dispute resolution in areas with a high level of scientific or technical content. He advises clients in fields including electronics and telecommunications, biotechnology and pharma, medical devices and chemical. He can be contacted at: gbhall@marks-clerk.com