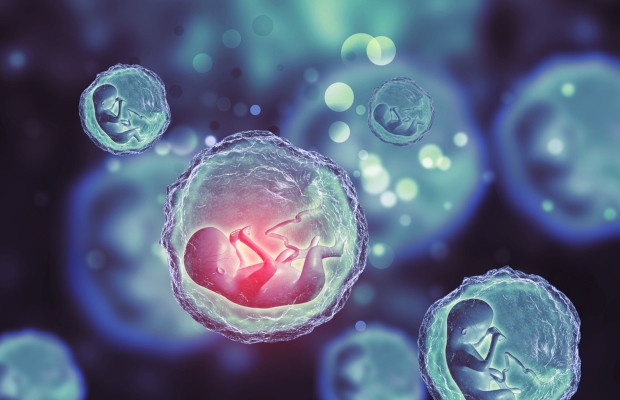 The IP system helps everyone to benefit from biotechnology inventions, argues Marisol Cardoso of Inventa.

Patents can be defined as an exclusive government-granted right for an invention (a product or process), which allows its owner to exclude others from making, using, or selling the patented technology for a limited time.

Inventions can belong to any technological field and the patent document must disclose the invention in detail to enable a person skilled in the art to reproduce it without unreasonable experimentation.

Biotechnology integrates natural sciences and engineering sciences to achieve the application of living organisms, parts thereof and molecular analogues in products and processes. As regards the biotechnology field, patenting brings one question: is it allowable to patent life?

The legal protection of biotechnological inventions in the European Union is ruled by Directive 98/44/EC, which aims to harmonise national patent laws and to specify which inventions are patentable on ethical grounds (and which are not).

According to Rule 26 of the European Patent Convention (EPC), patenting is restricted to products consisting of or containing biological material and processes by means of which biological material is produced, processed, or used, provided that the product/process is new, inventive and can be applied industrially.

Rule 28 (2) EPC further excludes from patentability plants or animals exclusively obtained by means of an essentially biological process (crossbreeding and selection methods without any genetic manipulation), since they are considered mere discoveries.

Due to ethical and moral reasons, processes for cloning humans, using human embryos, or changing the germ line genetic identity of a human or animal are also not patentable (Rule 28 (1) EPC).

As regards the human body, Rule 29 EPC states that its various stages of formation and development, as well as its elements (such as native gene and protein sequences), cannot constitute patentable inventions.

However, an element isolated or purified from the human body or otherwise produced by means of a technical process may constitute a patentable invention even if it previously occurred in nature.

Inventions in the biotechnological field are notable and mostly involve genetic material, the discovery and genetic modification of organisms, drug research, personalised medicine, and synthetic biology.

Thus, since inventions involving living matter do not constitute an obstacle to patenting, the most common issue associated with biotechnological inventions relates to the “patenting of life”: the argument is based on the temporary legal monopoly provided by the patent, which would prevent people from benefiting from elements of the nature.

The “patenting of life” also raises moral and ethical issues: the argument is based on the fact that life is inviolable and sacred and should not be the subject of property rights and be commercialised.

As regards drug research, the debate is focused on access to medicines and promising treatments. Granting patent exclusivity would cause drugs and treatments to be unaffordable for many people in the developing world, thus, hindering medical care and reducing social benefits.

However, patenting is the most valuable tool to develop biotech research and contribute to innovation.

Due to their detailed technical information, patents are considered a valuable source of specific knowledge and are a trigger for innovative ideas and solutions to known technical problems in all technical fields.

Especially in the biotechnological field, patents allow competitors to learn what other companies are doing and the knowledge provided by patent descriptions drives and pushes researchers to think more creatively and to be inspired to create their own inventions, therefore promoting innovation.

It is to note that biotech companies are responsible for groundbreaking developments in the world and patent protection is intrinsically associated with technological progress.

In 2021, one of the most important biotechnology breakthroughs was the alteration of nucleosides in mRNA for safe use in vaccines against pathogenic agents, such as COVID-19.

Biotechnology is one of the most research-intensive industries. Studies in the biotechnology field are time-consuming and investments in research and development (R&D) to develop new products and processes are extremely high and risky.

For example, it takes at least ten years for a new medicine to complete the journey from initial discovery to the marketplace. Due to this fact, the temporary monopoly provided by patent protection is an incentive to invent, being therefore essential to encourage biotech companies in investing in R&D and developing new products.

Biotech products take a long time to reach the market because they must first pass through clinical trials and receive regulatory approval. However, recreating the products and processes of competitors, such as generic drugs and their production processes, is simpler and less expensive.

New innovations and patent protection bring the expectation of economic growth and competitiveness and reduce the risk of copied products entering the marketplace.

The biggest application of biotechnology is in human health and technological developments are capable of changing healthcare. Innovation in the biotechnological field is critical to developing new drugs for diseases without known cures, as well as to generate solutions that help diagnose, prevent, and treat diseases and disorders.

Apart from that, an optimal healthcare system also relies on ways to optimize and lower costs of drug production and personalise drugs and treatments.

According to European Patent Office Patent Index 2021, medical technology is one of the leading fields for inventions, while pharmaceuticals and biotechnology are among the fastest-growing areas.

Agricultural innovation is increasingly important since the global population keeps growing and needs to be healthily fed.

The application of biotechnology in agriculture has resulted in benefits to farmers, producers, and consumers, being widely used to improve plant growth and yields, increase resistance to pests and diseases, and enhance nutritional content.

Due to the peculiarity and complexity of the subject matter, patenting biotechnology inventions brings great discussion worldwide. However, the impact of biotechnology on our daily life is evident.

Sharing knowledge through patents not only promotes innovation but also allows researchers to create even better ideas, which will highly affect our way of living.

Marisol Cardoso is patent consultant at Inventa. She can be contacted at: mcardoso@inventa.com