Patenting fashion: it’s how you fashion the patent 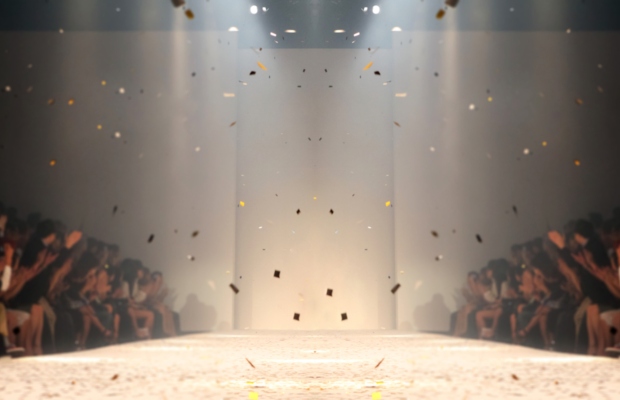 Can aesthetic creations be patented? Kaya Elkiner of Ashfords discusses how years of wrestling with software patents helped him develop the skills to patent types of subject matter that are “as such” excluded.

I can’t remember the exact words, but they were something like: “I doubt you can patent the way a shoe looks, but you may as well have a chat with our patent attorney.”

This was broadly how my meeting with Jennifer Chamandi began, in the spring of 2016. Two years before, Chamandi had quit a seven-year career as a banker at Merrill Lynch to pursue her childhood dream of launching her own line of luxury high-heeled shoes.

She devoted the intervening time to learning about the industry, including taking courses in footwear design and construction. She learned how to speak Italian so she could collaborate better with a leading atelier in Italy. She experimented with various designs and techniques.

Chamandi’s efforts culminated in a beautiful, elegant shoe design that looked quite different from anything I’d seen before. But beauty and aesthetics have no business in the world of patents.

When I mention patents, I mean something that broadly protects how something works, not what it specifically looks like, ie a ‘utility’ patent. Not a registered design or ‘design’ patent.

“It is about identifying as many structural features as you can that are likely to differentiate the invention from the prior art—no matter how subtle.”

Patents are concerned solely with function, and put simply, Chamandi’s shoe design was technically different from what I had seen before, mainly because the strap went through a hole in the heel.

Fast-forward three years to the present day and London-based Chamandi’s brand and business are thriving. Her high-end footwear is stocked by many luxury outlets, and worn by celebrities. She has won a place on the renowned Walpole “Brands of Tomorrow” programme which will further develop and nurture her business.

One thing that impressed the judges of this programme was that she has a granted UK patent. This provided prestige and a point of differentiation from other brands in the luxury fashion industry.

How did we get the patent granted?

Rather than dismissing her chances of getting patent protection, I faced the challenge with techniques I’ve developed to patent other subject matter that is excluded from patent protection: software.

A first important step is to manage the expectations of the client. If they are looking for an easy win, this isn’t likely to be it, especially if they are seeking a relatively broad patent on the very boundary of what is and is not capable of patent protection.

Make it clear that you are starting off on a journey that could be arduous. If they’re unwilling to go down this route, they may be better off pulling the plug now rather than later, after the commitment of significant cost and heartache.

A second step is preparing for that journey. To stand the best chance, the preparation involves collaborating with the client to identify the areas to which the invention relates that are the most promising leads for patent protection, and then digging deeper into these. This will generate further useful subject matter.

I concede that this can be time-consuming, but the alternative is to set yourself and your client up to fail quickly. If the client is willing to take an arduous journey, then the second step is accepting that, and provisioning yourself accordingly. You shouldn’t climb a mountain without the right equipment.

Leading on from this is to make “worst case” predictions of how a patent office examiner is likely to react to the claimed features of the invention, and attempt to head these off in the specification itself.

What are the likely arguments for and against those features, especially with the excluded subject matter in mind? Can you build into the specification ready-made statements of advantage and benefit that can be lifted out during prosecution to support the success of the patent application?

In the area of aesthetics, it is about identifying as many structural features as you can that are likely to differentiate the invention from the prior art—no matter how subtle—and then attempting to attach functional advantages to those features.

This is what we did with Chamandi. In the end, it was the functional interplay between the strap and the specific shape of the channel that was deemed both novel and inventive, and led to her being granted a patent.

Advantageously, this is a feature that is present in all her shoe designs, so a single patent protects her entire product range.

I’d suggest that the above techniques and—as a result—patents in general, could be much more widespread in the fashion industry, especially for features that are core to a brand, so won’t change with each season. If you can achieve it, the extra layer of protection can be very powerful.

The fashion industry invests heavily in trademark and registered design rights to protect brand, shape and appearance. Rightly so. Such IP rights are instrumental in the war against illicit counterfeiting. However, their narrow scope mean they fare poorly with lookalikes.

Lookalike products pose a more subtle threat. They are usually carefully developed by reputable companies to be different enough to stay the right side of the line between artistic inspiration and design infringement, but they are still similar enough to benefit from the association with the original product that inspired the lookalike.

Patents can be used to counter this. All that is required to obtain those patents is the application of creativity. For that, perhaps the fashion designer themselves can be the source of inspiration?

Kaya Elkiner is head of patents at Ashfords. He can be contacted at: k.elkiner@ashfords.co.uk