Patent examination in Brazil: the need for speed 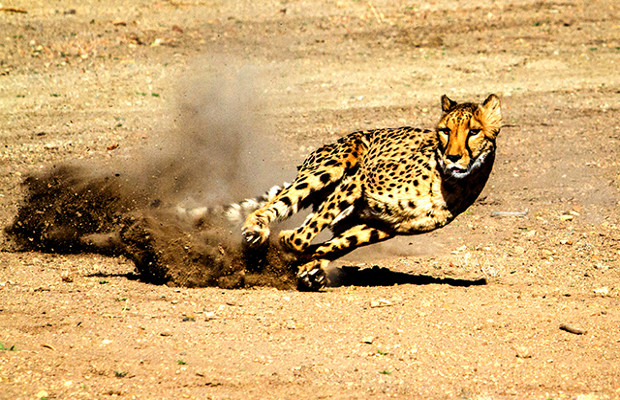 The INPI is notorious for its slow handling of patent applications, but in fact Brazilian legislation has certain provisions that allow patent examination to be speeded up. Sonia Gama of Daniel Advogados reveals the shortcuts.

The current Brazilian patent system is undesirably slow. The problems encountered by the Brazilian Patent and Trademark Office (INPI) when processing a patent application—it takes an average of 11 years to make an initial decision in each case—are, at the least, frustrating and discouraging. Because of this, many foreign investors and inventors rightly question the convenience and viability of protecting their inventions in Brazil.

According to data from the International Monetary Fund, Brazil presently occupies the seventh position in the world economy measured by gross domestic product. Despite forecasts for 2015 indicating a fall to eighth position in the ranking, the importance of the country in the economic and global consumer market cannot be denied—especially when considering the size of its domestic consumer market. This fact on its own is sufficient to keep the country on the list of the most important countries in which to obtain intellectual property protection for new technology developed both inside and outside its boundaries.

When considering the time it takes the INPI to process cases, it is important to remember that Brazilian patent legislation has certain provisions that allow patent examination to be speeded up. These can be used strategically for the more important cases and those that require an urgent decision. Examples are:

Requirement of a priority examination due to the suspicion of an unauthorised reproduction of an object. According to Resolution PR No. 68/2013, this can be done if the object of the patent application is being reproduced by third parties without the authorisation of the applicant. In order to achieve this, parties must present evidence of the supposed infraction together with a copy of an extrajudicial notification of the allegedly infringing entity by the respective applicant or its authorised legal counsel. This should contain the number of the patent application, the name of the applicant and the supposedly unlawful act, with evidence of its delivery;

Requirement of a priority examination for inventions dependent on the obtainment of financial funding. This applies when the grant of the patent is a condition for the obtainment of financial funding from development agencies or national official credit institutions, which is released as an economic subsidy, financing or equity interest, or from mutual investment funds. In this situation, it is necessary to present an authenticated copy of the request for the funds and of the instrument that sets out the conditions for the release of the financial funding to the grant of the patent; and

Suitability of the application in the ‘green patents’ programme, which prioritises the review of patents linked to technology with a lower environmental impact. This initiative covers fields such as alternative energy, transport, energy conservation, and management of residuals and agriculture.

Cases requiring a priority examination and those linked to green technology can have their processing time reduced on average from the current 11 years to approximately four or five years—an important gain. The possible ‘temporary appointment’ of senior citizens as patent owners could be a very interesting and accessible option in order to obtain speedier decisions in Brazil.

The aforementioned premises are already incorporated into the legislation and practised by the INPI. Nevertheless, it is important to emphasise that other measures have been studied by the INPI to speed up application decisions. These include the implementation of a project for the automatic allowance of utility model applications (which involve less innovative activity), ie, to allow a decision to be issued without the performance of an examination of prior merits—which can currently be done only in the case of a request by an interested party concerning industrial design applications.

Furthermore, the INPI has declared itself in favour of actions whereby patent owners inform the agency of applications that no longer interest them, even though they are still awaiting examination. It is important to highlight that the simple abandonment of a case without duly informing the INPI can lead to already abandoned applications being examined and consequently unnecessarily taking up the time of the examiner.

"Cases requiring a priority examination and those linked to green technology can have their processing time reduced on average from the current 11 years to approximately four or five years."

Accordingly, it is always recommended to present a formal request for abandonment in these cases. INPI representatives have already declared that they suspect that approximately 40% of outstanding applications are no longer required. If these cases were declared abandoned, it would significantly assist in resolving the current backlog problem.

Agreements referring to the collaborative examination of patents with patent offices from other countries have also been considered by the INPI to speed up the processing of ‘multinational’ cases. However, because this question involves certain related particularities such as the sovereignty of the countries involved, among others, this is estimated to be a longer decision process.

In conclusion, it should be understood that there are currently legal means to hasten the application process for patents that are most important to applicants. These can and should be employed, whenever possible, as required, but always with prudence. This is undeniably a viable action that can produce satisfactory results. For a country that has many of the 500 most valuable companies in the world, the possibility of speeding up the patent application process can be a significant incentive.

Sonia Gama is a patent engineer at Daniel Advogados. She has worked as an independent patent drafter for several private and public institutions for several years, and developed patent search, infringement, litigation, and national and foreign prosecution skills. She has a Master’s degree in intellectual property and innovation. She can be contacted at: sonia.gama@daniel.adv.br