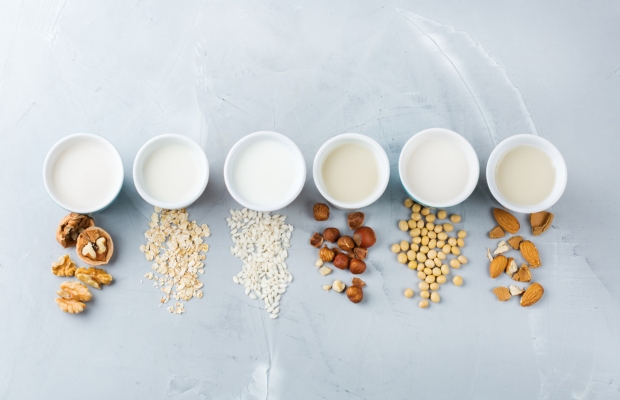 The EU General Court reaffirmed in its decision involving Oatly that a slogan can be protected as a trademark. This decision continues to build on existing EU case law for the successful protection of slogans and it may bring new possibilities for the protection of plant-based substitutes.

Oatly is a Swedish producer of oat-based dairy substitutes. The company’s technology copies natural processes and transforms oats into nutritious liquid food, which the company claims is tailored to humans.

On March 14, 2019, Oatly filed the initial application with the EU Intellectual Property Office (EUIPO) to register the slogan ‘It’s like milk but made for humans’ as a trademark. The slogan had already been used in a Swedish commercial in 2014, which was banned following a lawsuit from Sweden’s dairy lobby.

Oatly had attempted to register the word mark in respect of several goods, including dairy substitute foods and beverages. However, the application was refused in respect of dairy substitutes due to an alleged lack of distinctive character under article 7(1)(b) of Regulation (EU) 2017/1001 on EU trademarks (the Trademark Regulation).

Oatly unsuccessfully appealed this decision. Trademarks serve to distinguish the goods or services of a company, as stated in article 4(a) of the Trademark Regulation. According to the EUIPO Board of Appeal, Oatly’s sign is more of a promotional slogan than one that acts as an indication of the commercial origin of the goods.

The board also concluded that the trademark did not contain distinctive elements in relation to the prescribed goods and the length of the sign would exclude consumers from recognising the slogan as a trademark. Oatly lodged an appeal against the judgment of the Board of Appeal as well.

The EU General Court provides clarification on the legal requirements for the protection of “slogan marks”. First, the assessment of the distinctiveness of a mark based on article 7(1)(b) of the Trademark Regulation is carried out by reference to the goods or services applied for.

Based on, inter alia, the decision of the Court of Justice of the EU (CJEU) Audi v OHIM (CJEU January 21, 2010, Case C-398/08 P, ECLI:EU:C:2010:29), the General Court considers that the registration of advertising slogans or laudatory sentences is not strictly excluded.

The view that the sign to be registered is a slogan will be established during its assessment by EUIPO. This characteristic is not included in, and is of no relevance to, the application for the trademark.

“The average consumer of the goods in question would be aware of the debates on the health of milk.” - Michiel Rijsdijk

When assessing the distinctiveness of slogan marks, the same criteria apply as for any other types of signs. For advertising slogans, however, it may be more difficult to demonstrate distinctiveness since the perception of the relevant public may differ between categories of marks.

According to the General Court, the sole fact that a word mark conveys a laudatory message does not mean that it cannot be appropriate to indicate the origin of the goods and services to which it relates.

Nor can there be any requirement that an advertising slogan should portray “imaginativeness” or “conceptual tension”.

Second, the distinctive character of a mark must be assessed according to the perception of the public. Unlike the Board of Appeal, the General Court defined the relevant public more broadly than just the public in EU member states with English as their official language.

The General Court followed Oatly’s argument that consumers from EU countries who are deemed to speak English should also be taken into account. Because of their proficiency in the English language, the perception of the mark among Danish, Dutch, Finnish, and Swedish consumers was also included in the assessment of distinctiveness.

The average consumer of the goods in question would be aware of the debates on the health of milk and its being tailored for young animals, meaning they will only perceive it as a promotional message.

Oatly stated that the slogan did not appeal mainly to vegan and lactose-intolerant consumers and to consumers allergic to milk, but to the average consumer without “extreme” or “minority” views. The General Court agreed to the goods at issue being everyday consumer goods, taking into account only the general public’s perception of the mark for the assessment of distinctiveness.

Therefore, the mark applied for has at least a minimum degree of distinctive character and the contested decision of the Board of Appeal was annulled. According to the General Court, the slogan can certainly function as a trademark and serve as an indication of origin for consumers.

Apple leans on The Beatles to win TM case