Mexico: Into the System 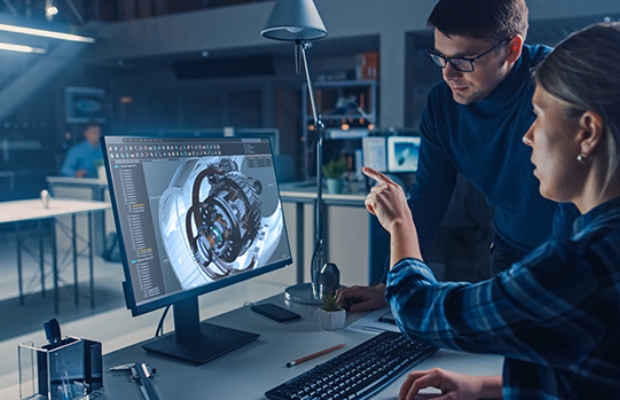 Mexico has joined the Hague System for the international registration of industrial designs. Victor Garrido of Dumont explains what this means to rights owners.

Mexico’s accession to the Hague System entered into force on June 6, 2020, with the country becoming the 64th member of the Geneva Act (1999) of the Hague Agreement and 74th member of The Hague Union.

As of that date, applicants can make use of the system by designating Mexico in an international design application filed at either the International Bureau (IB) of the World Intellectual Property Organization (WIPO) or Mexico’s domestic office.

This article briefly explains the conditions and particularities surrounding the implementation of the Hague System in the country.

Mexico acquired the obligation to accede to the 1999 Geneva Act by ratifying two important international agreements: the Comprehensive and Progressive Agreement for Trans-Pacific Partnership in June 2018, and the US-Mexico-Canada Agreement in 2019–2020.

In parallel to finalising these agreements, Mexico started to adapt its domestic law to contemplate provisions in the Geneva Act. Accordingly, on April 27, 2018, a law amendment introduced changes to the handling of industrial designs, including:

The publication of industrial design applications, which formerly were published only until grant;

The definition of design novelty in terms of “independent creation” requiring that a design must be different to a “significant degree” from known designs or a combination of features of known designs;

The requirement to indicate the specific product to which a design is intended to be applied, instead of merely indicating a wide type of products; and

Modifying the term of protection of industrial design registrations from a non-extendable 15-year term to a renewable five-year term up to a maximum of 25 years.

Additionally, a bill for enacting a new IP law has been recently passed maintaining most of the provisions introduced in the 2018 law amendment and considering further aspects concerning the Geneva Act and associated rules and regulations.

Declarations and rules of implementation

Mexico deposited its instrument of accession to the Geneva Act with WIPO on March 6, 2020, listing some declarations regarding the act and the common regulations under the 1999 and 1960 acts of the Hague Agreement.

Moreover, on June 5, 2020, the Mexican Institute of Industrial Property (IMPI) published the rules and the schedule of fees for the implementation of the Hague System.

The declarations made by the country, in combination with the implementation rules, are:

Mexico declared that in connection with any international application designating the country and with the renewal of the same, the designation fee shall be replaced by an individual designation fee.

"Mexico deposited its instrument of accession to the Geneva Act with WIPO on March 6, 2020."

Under rule 12(3), it was declared that the individual designation fee comprises two parts, the first to be paid at the time of filing the international application, and the second to be paid upon notification that the industrial design meets the requirements for protection.

Reduced designation and renewal fees are to be applied when the applicant or holder is a natural person, a micro or small entity, a public or private higher education institution, or a public scientific or technological research institute.

Article 11(1)(b): no deferment of publication

Mexico requires that an industrial design application refers to a single design or to a group of designs related to each other in such a manner that they conform a single design concept.

This means that Mexico is entitled to request, through a refusal, that an international design application is divided in order to comply with the unity requirement.

The new IP law regulations (currently pending) might provide some guidance as to how unity would be achieved. Currently, the criterion for evaluating this aspect is strict and gives little room for the inclusion of a plurality of designs in a single application. The division causes the need to pay designation fees associated to each additional application. All divided applications remain linked to the original international application.

Article 16(2): statements or documents for change of ownership

The recognition of a change of ownership is subject to the reception by IMPI of the documents accrediting the sought change.

As already mentioned, the maximum duration of an industrial design registration is 25 years, counted from the international registration date.

Any industrial design application is subject to examination by the domestic office. International design registrations designating Mexico are not excluded from being examined.

Among others, examination studies the fulfilment of the following requirements: unity, novelty,
clarity, correct design naming and valid claimed priority, if any.

If as result of the examination a refusal is issued, the same is to be notified to the IB within 12 months counted from the publication date of the international registration. The IB will transmit a copy of the refusal without delay.

A response to the refusal shall be submitted directly at the domestic office within two months extendable for two months more.

Mexico recognises the effect of the international registration in the date in which the second part of the individual designation fee is paid as result of the domestic office issuing the corresponding notice of approval to the applicant throughout the IB.

As a footnote, applicants, rights owners and foreign representatives are advised that all actions performed directly to the domestic office generally require appointing a local agent to carry out the corresponding procedures.

Victor Garrido is head of patents at the Mexican IP firm Dumont. He can be contacted at: vgarrido@dumont.com.mx