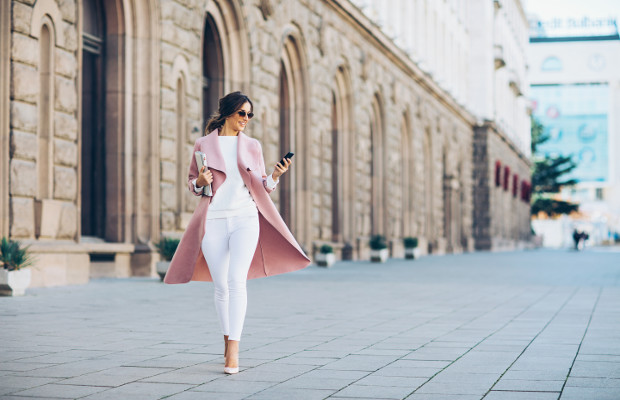 Luxury goods companies can be particularly vulnerable to attempts by counterfeiters to trade off their brands, often online. Sarah Morgan and Naomi Jeffreys explore some of the problems they face and how they are responding.

“The extraordinary growth in e-commerce over the past five years has fundamentally changed the landscape for the sale of genuine and counterfeit products alike,” explains Jeremy Newman (Rouse, United Kingdom).

This changing counterfeiting scene is bad news for luxury brands, according to Justin Pierce (Venable, USA), who believes the trend will only continue to proliferate.

“We have seen statistics from various international organizations indicating that the import of counterfeited goods is a business worth US $500 billion a year,” he says.

Counterfeits are a significant challenge to novel and innovative brands, according to Mr. Pierce, because they allow the manufacturers of fakes to enter the market at a low cost and without much investment, immediately diluting the value of the brands they imitate.

Another challenge for brands is unfair competition.

“Unlike counterfeiters, the brands have invested significant amounts into research and development, advertising, purchase and manufacture of high-quality materials, and further investments in sales and marketing,” says Mr. Pierce.

To stay ahead of brand owners looking to enforce their rights, counterfeiters constantly come up with different ways to sell their goods.

One way this is done is through micro-shipments.

“We’ve seen statistics showing that customs seizures of infringing goods shipped via container ships are decreasing, while it appears that micro-shipments and direct-to-consumer shipments continue to increase,” Mr. Pierce explains.

How are luxury trademark owners attempting to keep up with this proliferation of counterfeits?

“Some luxury brand owners engage in mass-defendant suits that target infringers by going after unnamed ‘John Doe’ defendants or various web-based vendors who are often identified only by a username or web address,” says Mr. Pierce.

Gucci, Chanel, and Louis Vuitton have all filed suits against unknown counterfeiters in the past year.

In December, Gucci claimed that the “recent explosion” of online counterfeiting has required it to expend “significant time and money” to protect itself and consumers from the “ill effects of confusion and the erosion of the goodwill connected to Gucci’s brand.”

“The goal of these types of lawsuits is simply to remove sites, or where possible, to seize funds from e-commerce accounts that may be connected to those sites and their illegal transactions,” Mr. Pierce explains.

Brand owners are turning to outsourced technology-based online monitoring and takedown solutions, as “fewer rights holders are able to keep pace with the growth in e-commerce through in-house ‘self-help’ alone,” says Mr. Newman.

There’s also been a move away from merely monitoring and issuing takedowns to a more strategic approach to online enforcement, becoming proactive rather than just reactive.

Rights holders have invested in more sophisticated monitoring, which essentially “joins the dots looking for clusters of activity relating to a single target,” he adds.

Mr. Pierce adds that major brands are making increased efforts on initiatives designed to work with e-commerce platforms instead of suing them.

“A number of brands use e-commerce platforms as distribution channels for certain products and may have business arrangements with the major platforms. You won’t find many big businesses that are willing to sue the platforms in order to stop the sale of infringing goods,” he explains.

Instead, the brands are looking for more ways to work with the platforms and provide information that will allow the platforms to delist sellers of infringing goods.

Working with China to Curb Counterfeits

China is the manufacturing hub of the world, and as a result has long struggled with counterfeiting issues. The U.S. Chamber of Commerce Global Intellectual Property Center estimated that US $396.5 billion counterfeit goods are produced in China and Hong Kong SAR, China each year.

“Five years ago, counterfeits were offered so blatantly on major Chinese e-commerce websites that it was a challenge to find genuine products,” says Mr. Newman.

That picture is changing, with rights owners and platforms becoming more active in dealing with the most blatant infringements.

China-based e-commerce platform Alibaba Group has attempted to reform how it handles counterfeits, forming an anticounterfeiting committee with international brands, including Louis Vuitton, Samsung, and Mars, in January.

The partnership has around 20 members, and leverages big data and the latest in anticounterfeiting technology to continue the global fight against fakes.

Jack Ma, the Executive Chairman and Founder of Alibaba, has also urged Chinese legislators to toughen laws and penalties for counterfeiting in the country.

However, the platforms are facing a fight: infringers are continuing to adapt their business models to minimize the risk of detection and deterrent enforcement, says Mr. Newman.

“A recent trend has shown a move away from more traditional e-commerce platforms to WeChat, by far the most popular social media/instant messaging platform in China.

“Counterfeit goods are also increasingly being offered on Chinese photo-sharing websites such as Yupoo, with transactions being concluded on entirely different sites to avoid detection,” he adds.

Although at first glance, sales seem like a good thing for luxury brands, when you look a little deeper, things are more complicated.

What strategies can trademark owners use to ensure they are not copied or infringed?

Mr. Pierce says that companies should rely on more than just trademark rights to enforce their brands, adding that brand owners need to register and leverage other forms of IP, such as designs and copyright.

They should also look at “unconventional” or “emerging IP” such as 3D shapes or the use of trade dress, to enhance their enforcement strategies.

Mr. Pierce explains that companies can use the U.S. International Trade Commission (ITC) to their advantage to block the importation of infringing goods into the United States.

“The ITC could be viewed as a favorable alternative to other enforcement methods—the vast majority of brand protection related claims before the ITC in the past 15 years or so have ended in default, a consent order, or settlement, meaning that the claims rarely go to trial,” he adds.

It’s vital to build a solid understanding of the e-commerce ecosystem and the wider stakeholder landscape, says Mr. Newman, adding that the sector is changing quickly.

He adds that brands should capture information and intelligence from monitoring and takedowns to support dialogues with platforms, intermediaries, law enforcement, and other stakeholders.

“Join up online and offline efforts. Knowledge of the local enforcement landscape is key and one size rarely fits all,” explains Mr. Newman.

All these strategies come with a caveat.

“While a number of companies say they are concerned about counterfeits or IP challenges to their brand, few invest the resources and energy necessary to truly address the brand protection challenges they are facing,” says Mr. Pierce.

Luxury goods group Richemont, which owns Cartier and Montblanc, obtained a permanent injunction against a number of online counterfeiters in February 2017.

In April 2017, Coach was cleared in a defamation lawsuit brought against it by an online retailer who was accused of selling counterfeit Coach handbags.

A man who sold counterfeit Burberry, Gucci, Louis Vuitton, and Chanel products online was jailed for two-and-a-half years in September 2016.

In April 2017, Gucci America, the U.S. arm of the luxury brand, won a US $9 million verdict and a permanent injunction against online counterfeiters.

In August 2016, U.S. Customs seized 7,800 pairs of counterfeit Salvatore Ferragamo shoes with an estimated retail price of US $4.2 million.