Madrid protocol: The road to Madrid 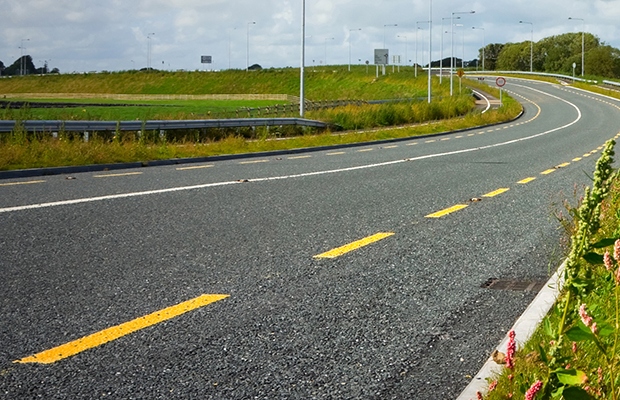 Final discussions are underway for Brazil’s joining of the Madrid Protocol, and here is what you need to know, says Robert Daniel Shores of Daniel Law.

Brazil is taking the final steps in the road to joining the Madrid Protocol. The House of Representatives approved on April 4 the proposed text of the international system, and now the version will continue to the Senate for analysis and final approval.

The country has never been so close to becoming a member of the Protocol. It is not yet clear whether the proposed text will be approved in its entirety. However, it seems that one thing is certain—Brazil will soon be one of the almost 120 countries within the Madrid Protocol’s system.

There are still aspects of the Protocol that need to be adjusted to be in line with Brazilian Laws, as well as with the Brazilian Patent and Trademark Office (INPI’s) systems. Amid enthusiastic talks over Brazil’s joining of the Madrid Protocol, we will go over some of the issues that are currently being discussed and may suffer changes when the proposed text is presented in the Senate. Below are some considerations to set the stage of Brazil’s joining of the Madrid Protocol.

Many local and international practitioners had given up on the idea of Brazil, the largest country and economy of South America, becoming part of the global system for the registration of trademarks. The massive bureaucracy and difficult political landscape always created barriers to consistent discussions over joining the Madrid Protocol.

"After several internal projects to stimulate examiners, increase productivity and efficiency, the INPI achieved it's goals this year."

There was no real political interest in building an IP agenda to take the Protocol forward. There was insufficient awareness over the importance of IP in general, and some considered that the Madrid Protocol mostly benefited foreign applicants as opposed to local companies—most of which invested little to nothing in innovation and IP.

That, added to the inefficiency of the INPI—which took on average 3.5 years to examine trademark applications—made it difficult to believe there was a solution to shorten Brazil’s distance to becoming part of the Madrid system.

The scenario started to change after Brazil suffered one of the worst economic crashes in its history, which caused a GDP retraction of 3.5%. The Brazilian economy was set to rebound in 2017 on new government reforms to reduce bureaucracy, facilitate business and foreign investment. That year, the proposal to join the Madrid Protocol resurfaced within one of the many reforms to be discussed in Congress.

At the same time, the Brazilian government authorised the hiring of 50 new examiners to the INPI, which started to undergo serious changes to be able to implement the Madrid system. For starters, that meant reducing the examination timeframe of 3.5 years to under 18 months in a scenario of almost 400,000 pending trademark applications. In addition to the existing backlog, every year there are more than 180,000 applications filed in Brazil.

After several internal projects to stimulate examiners, increase productivity and efficiency, the INPI achieved its goals this year. Currently, applications are being examined in 12 months, and in general, all areas within the INPI are moving faster than ever.

While the Brazilian government is undertaking efforts to stimulate the economy and the proposal to join the Madrid Protocol is one of its many reforms, there are still aspects of the system that can conflict with Brazilian laws.

The most discussed one is the 18-month requirement for the examination of applications filed through the Madrid system.

For context, if an international application is not examined within the 18-month timeframe, it must be automatically allowed. Therefore, there is a question as to whether this rule would benefit foreign applicants, given that those who file directly in Brazil would not enjoy the same “benefit”.

Also, if only the Madrid-based filings mandate a deadline for examination, there is a question concerning how the INPI would prioritise these applications in comparison to those without any timeline for examination, such as those filed directly with the office in Brazil.

While the INPI has reduced the backlog by 55% in just three years, this is still a new scenario that could change, depending on how well the office will be administered moving forward. Therefore, it is expected that the Senate will yet debate the 18-month deadline.

A possible solution would be extending the same 18-month deadline for the applications filed directly in Brazil. However, in either case, the INPI has to have failsafes to prevent the return of the backlog, otherwise we risk the automatic allowance of countless trademarks—“shell registrations” that have little value and would make enforcement actions difficult.

Other topics set for debate include the Madrid Protocol’s (ii) lack of requirement for foreign applicants to have local counsel appointed in the Brazil; (iii) the absence of Portuguese as an official language; (iv) the lack of need for an applicant to prove it is legitimately and effectively engaged in the field of activity related to the goods and services identified by the applied mark; (v) co-ownership of marks; (vi) multi-class applications; and (vii) absence of an obligation to assign all identical or similar marks when these identify the same or related goods and services when undergoing a recordal.

It is unlikely that the Brazilian Congress will allow the Madrid Protocol to be implemented without addressing these issues more thoroughly. Some of these topics can be easier to align with Brazilian practice. In theory, part depends mostly on the restructuring or review of the INPI’s internal processes and systems, such as the case of co-ownership of marks and multi-class applications.

Other topics are in direct conflict with Brazilian laws. The clearest examples include the Brazilian IP Law’s requirement for foreign applicants to have local counsel appointed in Brazil; Portuguese as an official language for any communication with public authorities; the need for an applicant to prove it is engaged in the field of activity related to its marks; and the requirement to assign all identical or similar marks when they identify the same or related goods, under penalty of abandonment.

The Brazilian government and the INPI are on board with joining the Madrid Protocol this year based on the expectancy that it will help create a friendlier environment for foreign investment and allow Brazilian companies to protect their brands abroad.

Despite the need for some fine-tuning over some of the aspects of the Madrid Protocol’s proposal in Brazil, the expectation is that these discussions in Congress will conclude fast. After almost 20 years, Brazil feels ready for the Madrid Protocol. And it is about time.

Robert Daniel Shores is a partner and key member of Daniel Law’s Technology, Trademark and Litigation departments. He is a recommended attorney with mentions by WTR 1000, Chambers & Partners, Legal 500 and Leaders League for his work on emerging technology-related issues involving IP and IT law. He is completing an LLM programme on law and technology at Berkeley UC. He can be contacted at: robert.daniel-shores@daniel-ip.com