lndia focus: a roadmap for success 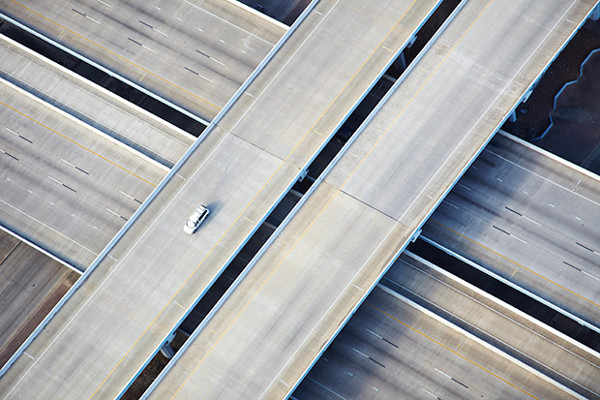 With India languishing in the IP league tables it’s time for change in a number of areas, from expedited examination to patent prosecution highways. Pravin Anand and Prachi Agarwal of Anand and Anand report.

In June 2017, the Support Technology and Research for Our Nation’s Growth and Economic Resilience (STRONGER) Patents Act of 2017 was introduced in the US. Taking a cue from the growing concern in the US regarding weakened patent protection, it is time to analyse how Indian patent law may also be amended to strengthen India’s position globally, particularly in view of India being ranked 43rd on the Global IP index of 45 states.

Some ways in which stronger patent protection may be implemented are included below.

In an endeavour to expedite examination, Rule 24C was introduced in the Patents Rules, 2003 arising out of a writ petition, Nitto Denko v Union of India. In July, a patent was granted by the Indian Patent Office (IPO) within nine months of filing of request for examination and four months of converting it into an expedited request. However, the grounds for expedited examination under Rule 24C are limited and one can apply for expedited examination only on grounds that India has been indicated as international search authority or elected as an international preliminary examination authority in the corresponding international application; or if the applicant is a start-up.

There is a need to expand the scope of expedited examination. For regular examination under Rule 24B the timelines that are provided are not adhered to. The IPO should ensure that the timelines are followed and patents are granted without delay.

The provision of patent term adjustment/waiver of maintenance fees for time lost during patent prosecution at the IPO should be added. The patentee should not be penalised for the delay caused in examining patent applications, sometimes extending up to ten years since patents are granted for only a limited period.

Burden of proof in patent matters and presumption of validity

By way of well-defined provisions, the burden of proof for establishing invalidity should be clearly on the party challenging the patent. The standard of proof should be by ‘clear and convincing’ evidence. Similar to section 31 of the Trademarks Act, 1999, which provides ‘Registration to be prima facie evidence of validity’, there should be presumption of validity of the patent once granted.

Limitations on challenging a patent

Current law allows repeated challenges to a patent, sometimes by same the entities, during pre-grant opposition, post-grant opposition, revocation and counterclaims. No entity should be entitled to multiple bites of the apple as this will merely hamper and discourage innovation. Therefore, such limitations should be introduced in the Patents Act.

Recently, in a patent litigation a Delhi High Court judge observed that there are discrepancies in the manner in which the evidence is led in patent matters. The current practice is that expert testimony is filed after all pleadings have been completed, and pleadings/issues are vague and do not cover the specific technical points taken up by the experts in their evidence. Thus, there is a need to streamline the evidence procedures in patent matters.

"It is time to analyse how Indian patent law may also be amended to strengthen India’s position globally."

In patent matters, being highly technical in nature, the pleadings should be more specific and should be accompanied by a technical report. The issues should be well-defined and specific. In fact, it has been recommended to the chief justice to refer the case to the Rules Committee for amendment of the rules under the Civil Procedure Code regarding patent matters.

Borrowing from the STRONGER Patents Act, provisions pertaining to indirect infringement may be introduced in the Indian Patents Act, 1970 as below:

The World Intellectual Property Organization has introduced the CASE system (Centralised Access to Search and Examination) where local IP offices can examine patent applications by analysing existing information from another participating office eliminating unnecessary rework and duplication. The office may choose a depositing office (making available its documentation to other offices), or an accessing office (access documentation by other offices), or both. The IPO has been operating as an accessing office since June 1, 2015.

The Indian government should also consider joining a patent prosecution highway (PPH) with major patent offices where all information and documents relating to prosecuting corresponding applications can be shared without the need to file copies of documents at the IPO. These mechanisms will reduce the burden of the examiners, increase efficiency, save time and improve the quality of patents.

Recent litigation has attempted to prevent misuse of section 8 (obligation to disclose information pertaining to corresponding patent applications) and section 3(d) (patentability requirement for pharmaceutical patents) of the Patents Act, 1970. However, it is important that certain guidelines/provisions may be introduced. Incremental innovations under section 3(d) should be encouraged and promoted. Revocation of a patent under section 8 should not be automatic and it must be examined whether the omission to provide information was deliberate or intentional and whether the information was material.

Section 107A of the Patents Act, 1970 allows certain acts not to constitute infringement when the patented invention is being used for research and development purposes. This provision should be interpreted strictly and proper safeguards/mechanisms must be laid down to prevent abuse of the provision.

For instance, some courts have taken a view that as long as the supplier itself is not engaged in the clinical trials, it cannot benefit from Bolar exemption. The burden of proof to establish exemption should be on the infringer and meticulous records and details of the research activities should be required to discharge the burden.

Prachi Agarwal is managing associate at Anand and Anand. She focuses her practice on all aspects of IP litigation and has been at the company since 2012. Agarwal obtained a master’s of law in IP from the George Washington University Law School. She can be contacted at:
prachi@anandandanand.com

Pravin Anand is a managing partner at Anand and Anand. His practice area is IP, litigation and dispute resolution. Anand has been a counsel in several landmark IP cases, has received recognition for pro bono work for rural innovators, and has spoken at various forums. He can be contacted at: pravin@anandandanand.com