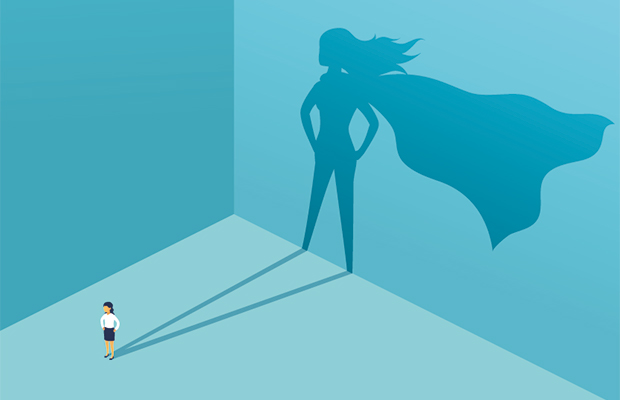 Josephine Santiago, director general of the Intellectual Property Office of the Philippines, talks about the importance of IP and how Miss Universe sparked an interest in waning traditions.

Since its establishment in 1998, four directors general have headed the Intellectual Property Office of the Philippines (IPOPHL).

Two of the four chiefs have been women. Even at the very beginning, when the first director general was a woman, the executive committee was split evenly between the genders.

Josephine Santiago, director general of IPOPHL, says: “The same stands true today, as half of my executive committee are strong-willed female directors. I see many other female leaders at the helm of other IP offices. This is surely an indication that the IP sector is way ahead of its time.”

"Instilling efficiency in backlog reduction and reviewing internal policies in a targeted way is a clear objective of mine."

For women to progress in their chosen field and to promote IP knowledge, it’s important to see female thought leaders and influencers, says Santiago, who highlights Miss Universe as a catalyst for change.

Filipino-Australian Catriona Gray, who was named Miss Universe 2018, is a person who may, at first glance, not appear to be particularly related to the IP and innovation industry.

In her path to becoming Miss Universe, Gray, who is dedicated to ending poverty and is a HIV/AIDS awareness advocate, “cascaded IP knowledge and creativity to a wider base”, Santiago says.

“First through her meticulously chosen Miss Universe outfits and ensemble, and now primarily through her fashion sense and patronage of local products, Gray has revived interest in local Philippine traditions such as traditional cloth weaving, lantern-making, and beadwork, to name a few.”

Gray has become an advocate for local crafts and materials and, in so doing, has promoted the use of T’nalak, a collective mark-protected native product. Her use of local fabrics in her wardrobe also sheds light on other indigenous groups, such as the Ifugao, Tausug, and Pintados.

Because of Miss Universe’s immense popularity in the country, women are following suit, with many now patronising the local fashion and rediscovering traditions, claims Santiago.

Network-building is also essential to encouraging women into the IP and innovation industry.

Women’s groups, particularly in the micro, small, and medium enterprises sector (MSMEs), are rife in the Philippines, and IPOPHL has contributed to this cause through its trademark registration incentive programme, she says.

The “Juana Make a Mark” programme waives the payment of basic filing fees and other fees for MSMEs that meet certain conditions, helping to make the IP system more accessible to smaller entrepreneurs.

“Empowering women through self-organisation, particularly in the scientific and creative fields which we deal with, cannot be overstated. Enabling these women groups to congregate opens the door for them to share not just hurdles in common but also to find common solutions which we take part in,” she says.

“The dialogue that this opens allows us to advance more targeted capacity-building to stimulate creativity and innovation.”

Enforcement begins with education. That’s the underlying rationale of the office’s concerted effort to emphasise education and training in its current roster of programmes.

IPOPHL is now institutionalising the IP Academy, its flagship programme which the office envisions to be a national centre for IP knowledge, learning and development, and research and development.

She explains: “Tackling the challenge of increasing IP awareness is being addressed in a more systematic and targeted way through the IP Academy, in an effort to go further than awareness and into formal training and education.”

Santiago, who came into office in October 2015, cites her greatest achievement in the role as pushing forward IP education.

IPOPHL has established partnerships with state universities and colleges through its Innovation and Technology Support Offices. Last year, the office elevated its education drive to key, cabinet-level agencies which are empowered to make lasting changes to the education sector.

This could be a turning point for the Philippines, with the office in advanced talks with the Department of Education (DepEd) to chart a way forward to move IP into the education curriculum, by training as many as 700 teachers on IP across the country.

Young IP Advocates, another scheme from the office, targets primary and secondary schoolchildren to instil IP awareness as part of character-building and values training.

That’s not enough for Santiago, who wants to entrench IP into the entire education system, which is why the office is partnering with other authorities covering technical and higher education.

“Making headway in embedding IP in the education sector is key to responding to the other looming challenges of enforcement and societal respect for IP,” says Santiago, who adds that advancing respect for IP among the general public is proving to be an enduring test for the office.

Last year, the National Committee on Intellectual Property Rights (NCIPR)—the 12-agency task force charged with enforcement of IP rights—with the IPOPHL as vice-chair, seized P23.6 billion ($448 million) worth of pirated and counterfeit goods, an increase of 188% over 2017, netting NCIPR’s largest haul since its creation in 2008.

The lion’s share of goods were cigarettes and alcohol (86% of the total). Pharmaceutical and personal care products came in second in terms of value, with the year-long haul amounting to P1.2 billion.

In 2017, the NCIPR captured a total of P8.2 billion worth of goods, with the bulk of the items being consumer electronics.

Santiago points to this record seizure and the overall efforts of the office as some of the reasons that the Philippines’ has maintained a good global standing in curbing piracy and counterfeiting efforts.

As of 2018, the country has successfully remained outside of the US Trade Representative’s Special 301 list, which annually identifies countries that need to improve IP rights protection and enforcement, for five years running.

Into the 21st century

IPOPHL must keep pace with a growing demand for IP—in 2018, IP filings increased by 15%, on the back of at least five years of continuous growth.

“The office is confronting a challenge in ensuring the workforce is augmented and the existing complement is consistently upskilled, so we can keep pace and respond to evolving needs,” says Santiago.

In terms of legislative reform, IPOPHL has submitted an amendatory bill (HB 9148) to the Intellectual Property Code of the Philippines to the Philippine Congress, aimed at bringing the code into the 21st century.

The bill includes a provision institutionalising the NCIPR as a permanent body and grants the IPOPHL authority to issue notice and takedown procedures to address online piracy and counterfeiting.

Under the bill, there’s also a substantial increase of criminal penalties for infringing products that endanger the public’s health and safety, with a proposed imprisonment period of seven years, a fine of P4 million, or both.

The proliferation of new technology has opened up global markets, giving consumers and sellers new ways to interact and transact. But this also presents a challenge to IP systems and IP offices across the world as they seek to address creators’ evolving needs and secure IP rights in a digital environment.

“In the same way that Filipino IP creators continue to exhibit creativity in IP creation, so do the community of infringers and counterfeiters,” notes Santiago.

“Reports from our enforcement arm indicate that even as storage devices and optical media devices with infringing content are still observed in the physical markets, the challenge of enforcing IP rights has long embedded itself in the online space and there, a sustained dialogue with online intermediaries is essential,” she adds.

Yet another challenge facing Santiago is ensuring that stakeholders adapt to the digital environment in the IP process.

While IPOPHL has deployed a full suite of online filing systems in 2018, and launched online communication routes, users of the IP system and the IP creators themselves have yet to fully imbibe this digitisation.

Because of this, the Bureau of Trademarks is planning to implement mandatory online filing for trademark applications as soon as the IT infrastructure is sufficiently upgraded for the demand.

The office’s Management Information Systems Bureau is also preparing to launch a mobile platform for all public-facing transactions, although it’s not yet planning to digitise IP data.

All of these updates are part of Santiago’s ‘cleaning house’ initiative in which, during her time as chief of the office, she is sharpening and streamlining the office’s functions.

“As the head of the agency, the challenge confronting me in a fast-paced and knowledge-intensive industry has to do with expecting the same level of excellence and proficiency in execution, dedication and passion in the job, as others,” she notes.

Further updates include two internal policy improvements. The first empowers adjudication officers to sign decisions, which expedites adjudication and improves the overall efficiency of the office.

The second improvement, which came into effect in August 2017, limits the litigation period for infringement cases to two years, in what Santiago says is a plan to address the “growing needs of IP creators”.

“Layered bureaucracy in any organisation is nothing new of course, but instilling efficiency in backlog reduction and reviewing internal policies in a targeted way is a clear objective of mine,” she concludes.

“It’s my duty to instil that guidance and direction throughout the organisation, from top-level decisions to the core technical work, to ensure this level of commitment and quality to IP administration and regulation are consistently maintained.”