IP office interview: Getting the message across 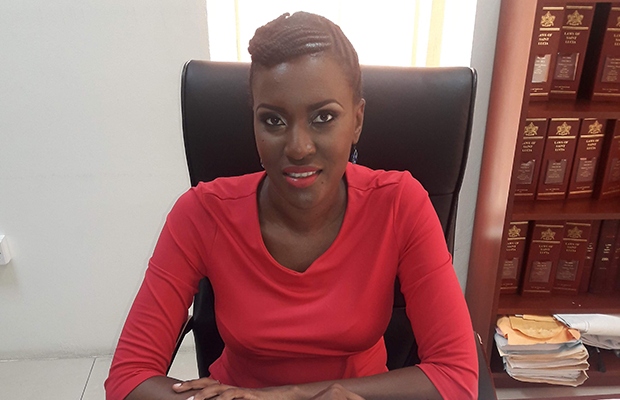 An unwillingness to invest in IP is one of the biggest challenges facing Saint Lucia’s IP registry, but registrar Peronia Browne is determined to tackle it.

“Saint Lucia has some of the lowest trademark registration fees in the Caribbean, with fees ranging from EC$100 to $150 ($37 to $55), so it’s somewhat surprising that many are unwilling to pay the cost of registration,” says Peronia Browne, registrar of Saint Lucia’s Registry of Companies and Intellectual Property.

The lack of interest is one of the biggest challenges facing the island’s IP registry and can be attributed to a mindset which lacks IP knowledge, something Browne is set on changing.

"We need to promote female role models and highlight their success stories, so that innovators can have someone to look up to."

“We are passionate about our work and we strive towards getting as much done as possible. We’re constantly attending workshops and putting together our own activities to ensure that the mindset is being changed.

“If people have more education about IP, they will become more aware of the many benefits of protecting their work,” Browne adds.

Building IP awareness has not come without its own challenges. The staff at the registry are already overburdened due to a lack of sufficient human resources—the office deals with both IP and company registration with a staff complement of nine. Three employees are tasked with covering all the IP duties.

Last year, two patent applications and 286 applications were received on the island but, given the small size of the office, the filings have kept Browne busy (Table 1). In a normal day Browne (who has a very hands-on approach) examines new trademark applications and processes user documents, along with fulfilling her duties as the company registrar for the island.

This leaves little time for providing public outreach, but it’s an aspect of her job that Browne feels strongly about.

In honour of World IP Day on April 26, 2018, the registry hosted a two-day commemorative event, aimed at providing information and understanding, along with an opportunity for those looking to register their IP with a face-to-face interaction with registry staff.

Browne herself had a very limited knowledge of IP before joining the office, but she was determined to learn and to help others understand the benefits of IP. Seven years ago, Browne became deputy registrar, after only three years as an associate in legal chambers.

“Interest in IP was growing in the Caribbean region and I wanted to be part of that new movement,” she says. “I wanted to, and still very much want to, promote IP in Saint Lucia and across the region.”

Under the mentorship of the then-registrar and the completion of several World Intellectual Property Organization courses, Browne was ready for her next challenge. When the post of registrar became vacant in 2017, she seized the opportunity.

Has she faced any challenges throughout her career because of her gender? The answer is a resounding ‘no’.

Browne’s young age has been more of an issue, she says. Just three years out of law school, she was dealing with senior officials and executives with years of experience on her. Some of these people appeared to be less than impressed by Browne’s age—to
begin with.

“If you wow a person with your knowledge, they will look past your age and focus on your experience. After that, it’s all smooth sailing,” she explains.

Browne’s work has been positively influenced by strong female IP office registrars across the Caribbean, women that Browne works closely with and highly respects.

And role models are exactly what female innovators in the Caribbean need, adds Browne.

She says: “Women are and always have been a critical part of the IP system and, particularly in the Caribbean, where many of the IP office heads are female, they’ve worked tirelessly to promote IP.

“However, we need to promote female role models and highlight their success stories, so that innovators can have someone to look up to.”

At least in Saint Lucia, women are moving to the forefront of innovation, expressing interest to the registry on how to register their creative works and benefit from the economic gains of protection, according to Browne.

For her, driving an increase in the participation of women in the IP and innovation industries comes in the form of more training and financial support.

“This would make a huge difference. Many women have great ideas that could revolutionise industries, but I’m sure the cost and lack of understanding of IP discourages them,” she says.

Browne adds that diversity could be attainable if women were to be given greater access to funding opportunities for research and product development.

While the office provides advice and workshops, there’s nothing specifically geared towards women and IP on the island. But there is potential, particularly with Browne at the helm.