IP in Africa: a new era for IP rights 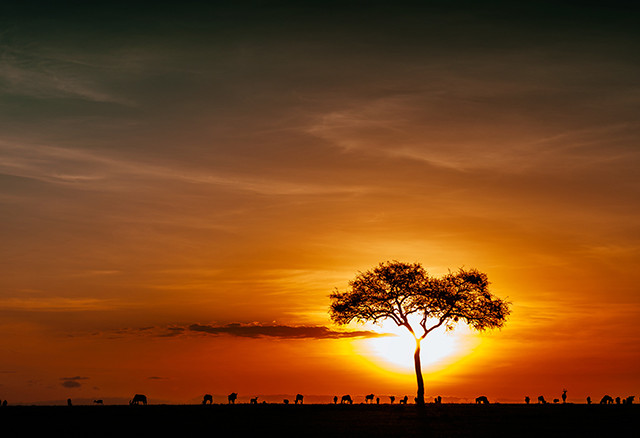 A number of difficulties are hampering the development of IP protection in Africa, but the political will is there to improve the system for local businesses and the population, say Daniel Reis Nobre and Vítor Palmela Fidalgo of Inventa International.

Long gone are the days in which intellectual property protection was seen as an encumbrance to African countries. Now there are winds of change and IP protection is a necessity. The global financial crisis has aided in diverting foreign direct investment from developed nations to the African continent. Economic growth is always linked with high standards of IP protection, but if this matter was overlooked by the local authorities in the 1990s, it is now viewed as a way to promote innovation and technology transfer, and boost confidence in foreign investors.

Simultaneously, foreign investors are not willing to commit the same mistakes of the past. Until recently, IP rights were at the bottom of the list of priorities, as the motto was ‘export first, protect later’. This disregard and lack of sensitivity for IP protection has led to uncountable processes of litigation, which have not benefited the stakeholders.

The motto has changed and IP is now recognised as the first step to protect a company’s business affairs. Since strong investment in Africa has just commenced, this continent is set to benefit further from this approach.

African leaders have agreed to establish a free trade zone which will cover 26 African countries, including large regional economies such as Egypt, South Africa and Angola. The agreement also covers IP rights and encourages members to promote, protect and harmonise legislation with regard to patents, trademarks, copyright, traditional knowledge and designation of origin.

The new era of IP rights in Africa is positively taking into account the internal reorganisation of the local institutes. While a considerable backlog persists substantial efforts have been made. IP offices were compelled to restructure their facilities, hire and invest in qualified human resources, offer e-services and provide staff training. In some cases, IP offices have initiated an overall review of all former processes.

A case study would be the Angolan Intellectual Property Office (IAPI), which in June issued a notification requesting all applicants of trademark applications numbered from 1 to 5,000 to present specific documents in order to update the files, otherwise the trademarks are deemed to have lapsed.

This measure will also be applied to other outstanding applications. From a non-local point of view one may say that this policy is uncommon and excessive, but it just reflects the day-to-day shortcomings in the continent. Regardless of the above-mentioned situation, it is undeniable that this measure will improve the IAPI’s efficiency and promptness in dealing with IP-related matters. We could say that these are growing pains which are necessary to enhance IP services to developed standards.

"The protection of traditional knowledge (also known as indigenous knowledge) is now something to take seriously when a party intends to protect its IP in Africa."

The legal system has also been improved. The old and outdated rules (some derived from the colonising countries) have been replaced by new and modernised laws, which are already adapted to the new IP legal standards and to the local state of affairs. Jurisdictions such as the African Regional Intellectual Property Organization (ARIPO), the Seychelles, Algeria, Morocco and Sierra Leone have recently revised or implemented new IP laws. Other countries, such as Angola and Mozambique, are currently studying the possibility of introducing new IP laws.

The protection of traditional knowledge (also known as indigenous knowledge) is now something to take seriously when a party intends to protect its IP in Africa. Traditional knowledge includes valued know-how and skills passed down from previous generations within a community. This cultural legacy has been misappropriated by commercial interests, as it allows others to obtain IP protection for products which are not new or by way of using indigenous knowledge without the locals’ consent.

Since Africa is well-known for its rich biological resources and traditional knowledge, several jurisdictions have been enacting new legislation in relation to this matter. The Swakopmund Protocol on the Protection of Traditional Knowledge and Expressions of Folklore within the Framework of the ARIPO was a landmark in this regard. The protocol entered into force on May 11, 2015, with the ratification of the Zimbabwean government.

Nonetheless, the path to protecting IP rights is still not smooth—a number of difficulties are hampering the development of IP protection in Africa. Despite all efforts, the backlog in IP offices and the poor technical staff capacity are far from being solved. This circumstance batters the IP system as a whole, bearing in mind that it prolongs the period of uncertainty about rights ownership and promotes anti-competitive behaviour.

Furthermore, the application of the Madrid System is still uncertain in Africa. Even after depositing the instrument of accession to the Madrid Protocol, some African jurisdictions have not enacted legislation accordingly, or local IP offices simply refuse to apply the system. In this light the lack of effectiveness of this system between African members requires applicants to be especially careful when using it.

We believe there is more to be done against the proliferation of counterfeit products in Africa. This is an endemic and non-regulated situation in most of the countries of the continent. Apart from the economic losses, this situation has amplified the humanitarian disaster in Africa, considering that counterfeit medicines circulate without any kind of public control and some of them present hazards for public health and the ecosystem.

Daniel Reis Nobre is chief executive at Inventa International. He specialises in all IP matters, including patents, trademarks, copyright and domain names. He manages Inventa’s operations in Africa, where the group holds a network of offices and representatives. He can be contacted at: dreis@inventa.com

Vítor Palmela Fidalgo is a patent and trademark attorney in the international department at Inventa International. He specialises in all IP matters, including patents, trademarks, copyright and domain names. He can be contacted at:
vfidalgo@inventa.com