The power of famous faces 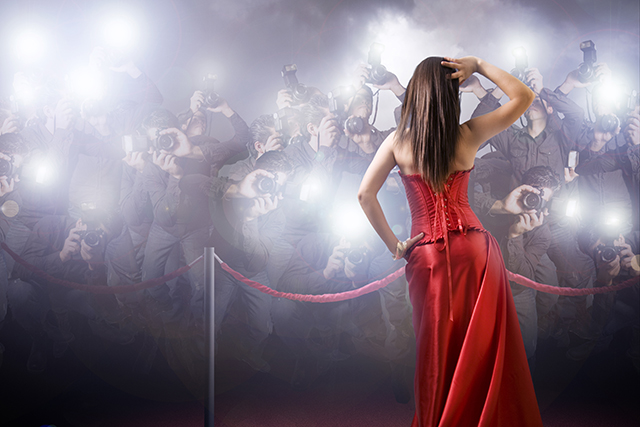 Celebrity-backed advertising has become a heated topic of discussion in India, and a well-defined legal framework to cope with misleading endorsements is needed, as Lucy Rana and Rupin Chopra of S.S. Rana explain.

There’s a reason why almost all advertisements seen on Indian television feature celebrities. We live in a country that is constantly in awe of celebrities. We put them on sky-high pedestals where they become these unearthly, unattainable, infallible entities that everybody wants to emulate and associate with.

Celebrity worship is no longer just a topic of media interest—it has become a focus of serious psychological investigation around the world, and some might say that India is the worst case of it.

A research paper published by the Indian Journal of Applied Research in December 2013 demonstrates the impact that celebrity endorsements have on consumer behaviour and that advertisers have been exploiting this mindless obsession of ours since time immemorial.

Celebrities are well paid to give their backing to a product featured in a film advertisement, and consumers, too preoccupied to render much thought, go to the stores and purchase it. In a land where superstars are worshipped and treated like gods, the impact of celebrity endorsements on consumer behaviour assumes a massive role.

What does the law say?

In India, consumers are entitled to bring their grievances to the tribunals set up under the Consumer Protection Act, 1986 under section 2(1)(r), which lays down the provision for “unfair trade practice” and includes false claims made for promoting the sale of any goods.

Additionally, section 24 of the Food Safety and Standards Act, 2006 imposes restrictions on advertisements and states that no person shall engage him/herself in any unfair trade practice for the purpose of promoting the sale, supply, use and consumption of articles of food or adopt any unfair or deceptive practice including the practice of making any statement, whether orally or in writing or visible representation which:

Further, the act under section 53 entails the penalty for misleading advertisements and provides that any person who publishes or is a party to the publication of an advertisement which falsely describes any food or is likely to mislead as to the nature or substance or quality of any food or gives false guarantee, shall be liable to a penalty which may extend to ten lakh rupees ($15,700).

So, according to the statutory provision a celebrity can be held accountable if he or she qualifies as “a party to the publication of an advertisement”.

In February 2014, the Central Consumer Protection Council, the body governing consumer protection in India, decided to hold actors accountable in cases of false claims made in advertisements for products which they endorse if they have made a statement “recklessly” or with the knowledge that the claim was false or misleading.

There have been several incidents where celebrities endorsing false claims in support of a brand has been a matter of concern. The issue of celebrity endorsement liability was brought to the forefront in 2014 when actor Amitabh Bachchan made a statement during his lecture at Indian Institute of Management Ahmedabad to the effect that he had stopped endorsing Pepsi after a little girl asked him why he promoted something that according to her teachers was “poison”.

The statement was recorded and discussed by media all over the country and paved the way for the debate over a celebrity’s responsibility towards consumers with respect to products being endorsed by him or her.

In India, there have been several instances where advertisers have been held accountable for deceiving and misleading consumers through film advertisements. However, the celebrities who are the faces of those advertisements have gone scot-free in view of less specific laws and lack of stringent implementation of existing laws.

For example when Reebok launched its EasyTone running shoes, claiming that the shoes toned calf muscles by 11%, the claim was found to be false. While Reebok was held accountable for deceptive advertising, Bipasha Basu, who endorsed the shoes, walked away with a payment and faced no consequences.

The Nestlé Maggi noodles controversy that made news earlier this year roped Bollywood celebrities like Bachchan, Madhuri Dixit and Preity Zinta into court for having endorsed the product. The nation’s most popular noodles had been recalled from outlets across the country on account of containing lead and MSG in excess of the permissible limit, and its further sale has been banned.

Status in other countries

The US Federal Trade Commission (FTC) has taken a firm stand on the issue of liability of celebrities who endorse products. In 2004, the FTC sued former professional baseball player Steve Garvey for false and deceptive advertising. The FTC alleged that Garvey was a direct participant in the deceptive advertising and therefore could be held liable for any false statements made during infomercials for a weight loss product.

"While Reebok was held accountable for deceptive advertising, Bipasha Basu, who endorsed the shoes, walked away with a payment and faced no consequences."

It also alleged that as a celebrity endorser, Garvey could be held liable for making false and unsubstantiated claims about the product. The courts ruled in favour of Garvey, stating that he could not be held liable as a direct participant because he did not have actual knowledge of any material misrepresentations and he was not recklessly indifferent to the truth or falsity of any representation.

However, this case paved the way for significant changes. The FTC made amendments to its Guides Concerning the Use of Endorsements and Testimonials in Advertising in 2009, which gave consumers the right to hold celebrities liable in case of deceptive advertisements. The guidelines now make the celebrities responsible enough to compel them to investigate the products first and then make a testimonial.

In 2009, the China Advertising Association issued a notice to the once popular actor Hou Yaohua for having endorsed ten false products including healthcare, food, medicines and medical devices. Several attempts have been made in China to pursue legal actions against celebrities in such cases, but they have seemed to fail due to lack of any legal basis.

Other than the US, in several countries the laws relating to the extent of the celebrity’s liability in misleading advertisements are at their nascent stage. Nonetheless, there seems to be a consensus that a celebrity shall ethically not be allowed to escape liability if he or she is an active participant in a deceptive advertisement.

Now that celebrity endorsement liability has become a heated topic of discussion in India, it is imperative that some clarity and certainty is given to it before the steam cools off and the issue becomes a story in yesterday’s newspaper. The extent and nature of liability of celebrities need to be specified in such cases.

Our policymakers need to ensure that a well-defined legal framework emerges out of this movement that has currently taken over the entire nation.

Lucy Rana is a managing associate advocate at S.S. Rana & Co. She spearheads the firm’s IP team, managing portfolios of several national and international clients. Before joining the firm she worked in the corporate world for more than a decade. She can be contacted at: lucy@ssrana.com

Rupin Chopra is an associate advocate at S.S. Rana & Co. He specialises in all aspects of IP law including trademarks, copyright and designs in India and SAARC countries. He is associated with several organisations including FICCI, ASSOCHAM and NIESBUD. He can be contacted at: trademarks@ssrana.com