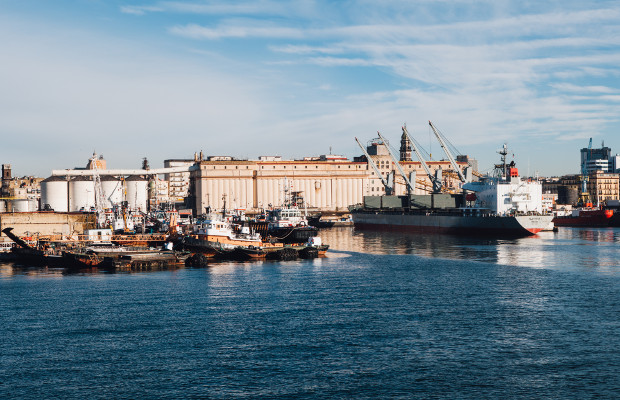 The port of Naples / angelafoto / iStockphoto.com

With EU customs detaining an increasing number of counterfeit goods, what impact have the goods-in-transit and other reforms to the EU trademark system had so far? Ed Conlon investigates.

In September 2016, the European Commission announced that customs authorities across the European Union had seized around five million more counterfeit items in 2015 than the previous year. That amounted to 15 percent more goods year on year, and in total, more than 40 million products suspected of IP infringement were detained.

Cigarettes were the most frequently detained goods, while food and beverages, toiletries, medicines, toys, and household electrical goods also ranked highly. China was the leading source for the fakes, accounting for 41 percent. According to the Commission, in more than 91 percent of detentions, either the goods were destroyed or a court case was launched with the brand owner in order to establish infringement.

In the Customs Union, the European Union’s 28 member states use a common set of rules—the Union Customs Code—to operate one system for importing and exporting goods. In May 2016, a new code came into force with the aim of simplifying procedures for traders, and allowing customs to clear goods more simply and quickly.

In 2015, the European Union accounted for almost 15 percent of the world trade in goods, worth €3.5 trillion (US $3.75 trillion), according to the Commission. “Managing this volume of international trade requires handling millions of customs declarations per year in a fast and efficient manner,” it added.

Discussing the biggest challenges in detaining counterfeit goods, Mr. Molegraaf says it is important for rights owners to provide correct information about their goods.

“You have to give us as much information as you can,” he says, adding that information on the normal routing of legitimate goods is helpful.

His advice for brand owners worried about counterfeits is to file an application with customs.

“We will try to build a risk analysis and select the shipments which might infringe your IP rights,” he adds.

According to Mr. Molegraaf, e-commerce has had an “enormous” effect on customs’ work.

“Thousands and thousands of packages are coming through the post or by express courier and are keeping customs busy. Fortunately, an ad hoc procedure exists for small consignments containing counterfeit goods which allows us to deal with them in a simplified and accelerated way.”

In 2016, the European Union introduced a host of trademark reforms, including some on goods transiting through the Union’s member states, and more changes will follow later this year.

According to the new EU Trade Mark legislation which entered into force on March 2017 and the EU Trade Marks Directive, owners of an EU trademark or a national trademark protected in an EU Member State can seek to prevent third parties bringing counterfeit goods in the course of trade into the European Union, even if those goods are not intended for that market.

However, the right to stop counterfeit goods transiting through the European Union will lapse if the owner of the goods can show that the trademark owner is not entitled to prevent the goods being placed on the market in the country of the goods’ final destination.

Mr. Molegraaf says the reform of goods in transit has not had much of an impact on customs authorities, “but it has made life a little easier as we do not have to wonder whether the goods are destined for the EU market.”

According to Huib Berendschot (AKD, Netherlands), one of the main challenges is detaining goods that are “essentially identical” to a trademarked product and not just those that are 100 percent identical. Under the EU Regulation and DG TAXUD guidelines, goods matching this standard and those that are identical can be seized.

“We believe the authorities are inclined to read identical marks, so the challenge is to make sure customs understand that it’s also about essentially identical marks,” he says.

He gives the example of LIPTON TEA drinks, saying that something labeled NIPTON TEA should be acted on.

Communication with customs and other authorities is crucial to ensure all parties are clear on issues such as this, and even though “many customs officers” understand the rules, the responsibility to maintain clarity is a joint one, says Mr. Berendschot.

Mr. Berendschot says that although there have not been “any major accidents yet,” brand owners and INTA are watching this area closely to ensure the shift does not occur.

As the European Commission’s figures show, and as every trademark owner knows, counterfeiting is certainly a huge challenge that shows no sign of slowing down. While the goods-in-transit provisions on their own won’t solve what is a global, complex, and multifaceted problem, they are a step in the right direction.