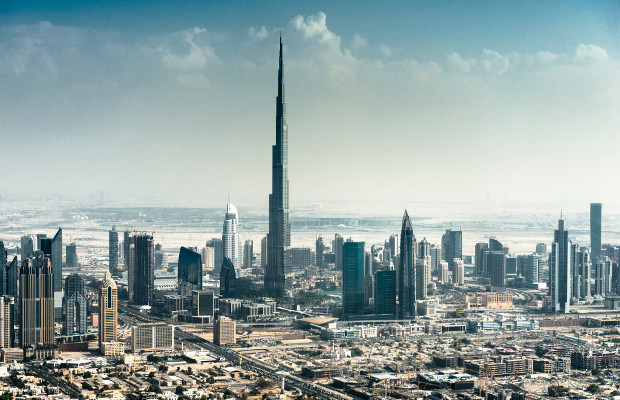 When will the Gulf Cooperation Council Trade Mark Law be fully implemented? Will it unify the protection and enforcement of trademarks? WIPR puts these questions to two lawyers in the region.

Uniformity across the Gulf Cooperation Council (GCC) is an obvious benefit of the region’s new Trade Mark Law.

“Many brand owners will look at the GCC as one market, and being able to have trademark consistency across the market can be incredibly helpful,” says Rob Deans (Clyde & Co, United Arab Emirates).

The region is no stranger to unifying law—it implemented the GCC Patent Law in 1992 and it also has a long-standing harmonized Customs Law.

Under the new law, which has not yet been implemented across the whole region, consistency comes in two forms: time frames and procedures across the region are now unified; and the substantive provisions of the law are consistent across the GCC states.

Opposition proceedings must now be heard within the relevant trademark office (in Saudi Arabia, previously they were heard before the Board of Grievances, an administrative court), while the deadline for filing an opposition in all member states is 60 days.

In Saudi Arabia, the deadline for filing was 90 days, an “overwhelming and long period,” according to Omar Obeidat (Al Tamimi & Company, United Arab Emirates), but the new deadline is much more acceptable.

He adds: “In states where the law and procedures were quite weak where timelines were usually overlooked and work was lagging with a huge backlog, the trademark office is now sticking to the deadlines and timelines under the GCC Trade Mark Law, as opposed to under national law.”

This also includes grounds of cancellation—although the grounds were fairly typical by international standards in most GCC states, now everything is brought up to a global level across the region, explains Mr. Deans.

Mr. Obeidat says the most important change is the increased cap on penalties for infringement.

While under national law the penalties were “just a slap on the wrist,” now they are acting as real deterrents, he says.

Infringers can encounter a fine of between US $1,365 and US $272,000 and/or imprisonment for between one month and three years for counterfeiting a registered trademark, according to Mr. Deans, who adds that it’s too early to tell whether there could be any difficulties in implementation. One provision that may prove challenging, however, is the expansion of registrable trademarks to include unconventional marks such as sounds and smells.

Although the United Arab Emirates (UAE) has allowed the filing of all forms of non-traditional trademarks for a number of years, until now there’s been no demand for such marks. Mr. Deans, who has been practicing in the region for 14 years, has never received a request for one of these; nor has Mr. Obeidat.

This could all change with the advent of the unifying law.

Kuwait was the first state to adopt the GCC Trade Mark Law in December 2015, followed by Bahrain (May 2016) and Saudi Arabia (September 2016). It’s unclear when the remaining three states in the GCC region—Oman, Qatar, and the UAE—will sign up.

Mr. Deans is optimistic about the law, claiming it has no real disadvantages, but he does suggest two potential improvements that could be made: a provision for serving documents on applicants using a local address for service, and setting up a central court which can ensure some consistency of decision-making under the new law.

Usually, if someone wants to cancel a trademark registration they would need to serve proceedings on the local agents, but currently under GCC law there is no requirement to provide a local address.

This means that where the mark’s owner is based outside a GCC country, proceedings must be served overseas through the use of diplomatic channels, which can be a lengthy and expensive process, says Mr. Deans.

There is, however, an entity called the GCC Commercial Co-operation Committee, which has the ability to interpret provisions of the law—although how that will work in practice is still unclear.

Within the past decade, all the GCC states have increased their official fees for filing and registering trademarks, says Mr. Obeidat.

In May 2015, the UAE doubled most of its official fees, with some being multiplied by ten.

This means fees in the UAE are higher than those in any other GCC country (at US $3,450); indeed they are the highest in the world, according to Mr. Obeidat.

Mr. Obeidat jokes that there is now no room for the UAE to increase its fees, saying “you can choose between having plastic surgery or registering a trademark in the state,” such is the cost.

Bahrain and Kuwait also increased their fees significantly, to accompany the implementation of the law.

The cost of registering a trademark (from filing through to registration) increased from approximately US $80 to US $1,035, a 13-fold increase, in Kuwait. Bahrain’s fees increased more than five-fold to US $1,725 from US $320, according to Clyde & Co.

No news has come out of Oman or the UAE, while Qatar, in Law Number 7 of 2014, has said that the GCC Trade Mark Law will automatically become effective six months after the publication of implementing regulations.

So far, no implementing regulations have been published.

Logically, according to Mr. Obeidat, adoption of the law in the three remaining states should take place this year, but nothing has been set in stone.

Mr. Deans agrees, adding that predicting implementation is difficult, but he remains hopeful.

Will an increase in fees be inevitable when Oman, Qatar and the UAE implement the new trademark law?

No, says Mr. Deans, who adds that it’s important to look at the broader economic climate.

As oil prices fall lower than they have been for years, governments will begin to look for revenue in other places—one of these being trademark fees.

“It’s possible that the remaining states will review and increase fees when they implement the law, but this is not inevitable,” he says.

The only option, it seems, is to wait and see.