Futurist Thinking: From Products to Experiences 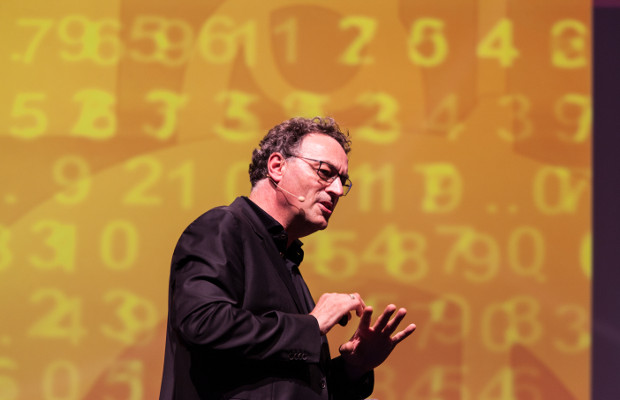 AI and the Internet of Things will change the meaning of ownership and what constitutes a copy, with consequences for IP lawyers as a result. Christian Wuestner reports.

Futurist Gerd Leonhard suggested during the Lunch and Learn event at the INTA Annual Meeting yesterday that IP lawyers may have to rethink how to protect intellectual property in an environment where intangible goods are rapidly overtaking the value of tangible ones. At the same time, their job roles are likely to change too.

As the Internet of Things (IoT) becomes more ingrained in our lives, the lines of ownership will further blur as revenues move from unit sales to experiences, Mr. Leonhard said, citing the music industry as an example.

The contribution of physical recordings such as CDs to global music revenues has been steadily declining between 2008 and 2017, and that trend is expected to continue, but the share of downloads has not grown much over the period. What has grown significantly, and is expected to accelerate even more until 2020, is the share of music streaming.

“One hundred million people are now paying to stream music on the Internet,” Mr. Leonhard said. “They pay for music which is otherwise essentially free on the Internet, because what they get on those services is vastly superior to YouTube.”

IoT is continuing to reshape music consumption. Streaming service Spotify, for example, generates playlists for its users based on their personal data, Mr. Leonhard explained. “This is very powerful because it discovers stuff that you may really like,” he said.

The trend to move products and services to the cloud has consequences for IP law. Companies used to earn money through physical copies of things, and through the copyright that covers them. But as seen in the case of music, for some sectors this is now less true, because once everything is in the cloud, the notion of “a copy » becomes less important.

Business models are adapting to focus on the right to distribute—“it’s about access, not ownership,” Mr. Leonhard said, and the definition of what “copy” means may have to be reassessed.

Technology is now a driving force in society, and this is reflected in company valuations. Companies such as Apple, Alphabet, Amazon and Facebook have made it to the top of the list of the most valuable companies.

“All the companies that [offer] non-physical [products or services] are on top of the food chain,” Mr. Leonhard explained. When products move from the physical world to the digital world they become cheaper. Consumers now value the experience more highly than the individual products, he noted, pointing to companies such as Airbnb and Uber, which do not own physical assets but rely on the strength of their platform.

The business trend toward experiences is set to affect the future of copyright and IP because experiences are quite different from products, Mr. Leonhard said.

“How do you license or protect an experience?” he asked.

Another trend that is likely to pose new challenges for IP lawyers is 3D printing, which is becoming  increasingly common, Mr. Leonhard suggested.

In the pharmaceutical industry, 3D printing of drugs is already possible, he said. In the future, a robot in a drugstore might be able to print a drug on demand. Brands such as IKEA might be able to print products on an individual basis onsite. The business model around this will need to be reinvented, Mr. Leonhard suggested.

“In a 3D world, do you sell the license to print? Do you own the printer?” he said.

Finally, Mr. Leonhard discussed artificial intelligence (AI), which is becoming more important to many business models and is likely to change some job roles. Stock traders might be replaced by AI machines; in China, there is already a face detection system which is set to replace some jobs within the police, he said. The connected world, together with AI, is going to reshape the working environment.

From a legal perspective, it is unclear who owns these AI businesses, Mr. Leonhard said, if this intelligence lives in the cloud. Would someone need a license to copy the product of AI technology, he asked. Who would have invented that technology?

The role of IP lawyers themselves is also likely to be affected by the inclusion of AI technology, primarily by taking away routine jobs, he suggested.

“All your routine work will be replaced—that much is certain. Research, discovery, fact-checking, filing, and accounting will be replaced by machines because they do not require ‘human’ work,” he said.

Critical thinking and emotional intelligence will be key skills in the future, he noted.

For lawyers this may mean that they will focus on topics that need to be understood at a deeper level, Mr. Leonhard concluded. “Let computers do the groundwork. Don’t be afraid of machines that can think.”