From Colors to Collectives: Trademark Developments in Japan 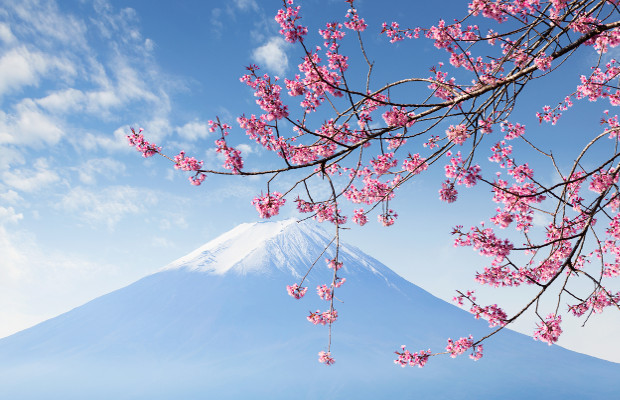 With the first color trademarks being registered in Japan earlier this year, Sarah Morgan hears about what applicants have to show in order to secure protection, and other changes to trademark law.

February this year was a turning point in Japanese trademark law—the Japan Patent Office (JPO) approved two trademarks consisting of colors alone. The trademarks are the gold-green-red color scheme of 7-Eleven stores and the blue-white-black of the MONO eraser, produced by Tombow.

This was the first time that any color trademarks had been registered in Japan, since an amendment to the Trademark Act 2014.

Since April 1, 2015, JPO applicants have been able to register nontraditional marks including sounds, colors and holograms.

A few foreign brand owners such as Christian Louboutin, Yahoo!, and GSK are in the process of trying to obtain a single-color mark registration in Japan, says Shunji Sato (TMI Associates, Japan).

INTA has been an active proponent of nontraditional marks, including color marks, and has shared this view with Japanese policymakers over the years.

Colors and sounds have been registrable in many other jurisdictions for years, so Japan needed to keep pace, explains Mr. Sato, adding that demand for registration of these types of marks had increased in the country.

“Traditionally, marks that can distinguish the source of one’s goods/services from those of others were considered to be those that are visually recognizable, such as words, symbols, and devices,” explains Mr. Sato.

But the way businesses now interact with consumers is changing—meaning that colors, sounds, and 3D shapes can also have such functions, he says.

He explains that the Japanese government had been eager to sign the TPP, which includes provisions on the registrability of nontraditional marks.

For pure color marks, applicants need to prove distinguishability, since these marks are considered to inherently lack the ability to distinguish goods/services.

“The applicant for a color mark should expect to receive a notification of refusal first. Then it will be required to demonstrate acquired distinguishability through use,” says Mr. Nakamura.

On the other hand, he says, it’s not so difficult to register sound marks as long as the sound can function as a trademark.

The fizz of a sparkling drink or a natural sound, such as the wind blowing, is not registrable.

As of March 2017, there are 125 sound trademark registrations in Japan; all of these registered sound marks also contain linguistic elements.

In April last year, Article 7-2(1) of the Trademark Act was amended to include commercial and industrial associations, chambers of commerce, and nonprofit organizations as bodies entitled to obtain registration of a regional collective trademark.

Approximately 600 regional collective trademarks have been registered since the implementation of the system.

“We have typically experienced difficulties in that several independent associations are using the same regional collective mark and they don’t want to become co-applicants,” explains Mr. Nakamura.

Another potential problem is that the law requires the trademark to be well-known among consumers as indicating the goods/services pertaining to the applicant’s or its members’ business as a result of use.

An important issue in practice is whether the law allows an examiner to accept a letter of consent, says Mr. Nakamura.

He explains that the guidelines for trademark examiners allow a petition from a conflicting senior trademark owner in which it agrees to the use of the coexisting trademark.

An examiner may consider the consent at his/her discretion, which Nakamura believes is broad.

“I would expect that discussion over this issue will continue when an opportunity to think about revising the law arises,” he says.

There were also plans to amend Article 38 of the Trademark Act, which prescribes a “presumed amount of damage.”

The holder may claim the amount of money equivalent to what it costs to obtain and maintain the trademark right.

This amendment was due to become effective on the date of the TPP’s implementation. However, since U.S. President Donald Trump formally withdrew the United States from the treaty in January, uncertainty reigns over the fate of the provision.