Data security: In the Brazilian carnival, who are you? 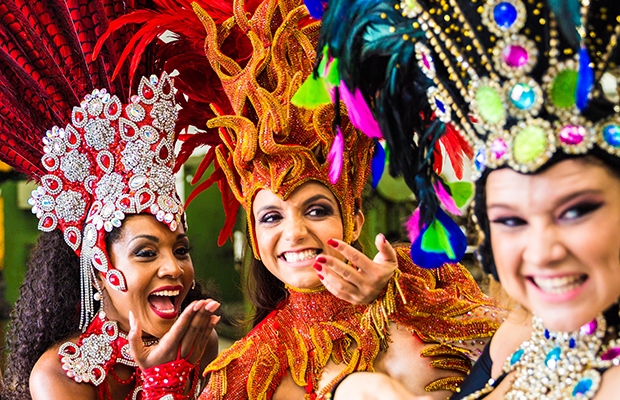 Even if society understands that this is an acceptable situation, adding facial recognition cameras in Rio brings up a whole spectrum of responsibilities and choices that must be addressed, say José Roberto Almeida and Rodrigo Cantarino of Di Blasi, Parente & Associados.

Carnival in Rio de Janeiro is known as one of the largest events in the world, and the second largest in the country, surpassed only by the New Year’s Eve festival in Copacabana beach. During Carnival, the streets of Rio de Janeiro are taken over by masses of people partying together to the sound of lively Brazilian music.

With this much attention, it is only natural that the state government enhances security measures, to keep the city a safe place for residents and visitors alike. What people were not counting on for 2019’s Carnival was that, in some places, they were being monitored by cameras for the sake of public security.

The newly elected state governor, Wilson Witzel, decided to add facial recognition and vehicle licence plate reading software in 28 cameras that already existed in Copacabana for the purpose of traffic control during Carnival.

This was to be a “trial” to review how these cameras would operate to enhance public security. The cameras would “read” faces and licence plates, and the data would then be cross-referenced to search for wanted people and stolen vehicles, in a joint effort from the police force and the state vehicle authority. A positive match in the data would trigger a warning that would be transmitted to police in real time.

"Further details would be welcomed to provide transparency, security and overall privacy to the facial recognition system."

According to the police, this trial phase resulted not only in the arrest of four wanted people, but an adolescent was also identified and taken into custody, noting that he should have been serving time in a facility for minors, and a stolen car was recovered during the surveillance. The governor viewed it as a success and announced via Twitter that the pilot project would be scaled up and eventually include 140 facial recognition cameras all over the state, including in the Maracanã Stadium.

This scenario is not new in the world of public security and privacy. The Orwellian nature of the Chinese experience, with the Asian giant watching every breath you take and every move you make, once the country is effectively implementing social credit scoring based on their citizens’ daily habits, has made the world discuss the liability of the state and tech companies on the data generated and manipulated.

Indeed, it is important to consider that the Brazilian state government decided to add this type of technology without extensively addressing this issue, given that privacy concerns have been the centre of discussions in the technology field for years.

The cost of public security

Before analysing the legal aspects of the latest trend in Rio de Janeiro, it should be noted that governor Witzel was elected in 2018 with a rather strict agenda in the field of public security, promising a stronger police force. For that matter, it would be expected that he invested in technology in that field once he was elected.

The Brazilian constitution limits the power of the government by granting fundamental rights to citizens, including the right to privacy. This constitutional right should be interpreted within the context of the situations presented and, why not, the state of art of the technology—after all, the congressmen and women who enacted the Brazilian Constitution of 1988 were most likely not thinking of facial recognition back then.

What is certain, though, is that the Brazilian constitution deems every citizen innocent until proven otherwise, and added to the right of privacy, this makes governor Witzel’s latest acts controversial to say the least. The cameras, after all, monitored wanted and unwanted people alike. The question naturally raised is whether that is what it takes to prevent crimes or could it be done in another fashion.

Even if society understands that this is an acceptable situation, adding facial recognition cameras in Rio brings up a whole spectrum of responsibilities and choices that must be addressed. What is the level of security those kinds of software are submitted to? Are the images kept in a database? Who has access to this database? Quis custodiet ipsos custodes?

Last year, the former president of Brazil sanctioned the Brazilian General Data Protection Law, which will be in effect as of August 2020. Despite that the law would be inapplicable in cases of public security, it states that this matter should be governed by another law, and that it must consider principles such as transparency, non-discrimination, and data security.

One can argue that, even without specific law governing such data use, it is a matter of constitutional right for those principles to be already implemented and followed by the government of Rio de Janeiro. According to the government, the data is accessed only by the police force and the state vehicle authority, but further details would be welcomed to provide transparency, security and overall privacy to the facial recognition system.

Government will be watching you

In sum, it is apparent that facial recognition cameras would provide an increase in the security of Rio de Janeiro, and this is being carried out to provide security for the citizens and visitors of Rio de Janeiro during Carnival. However, providing those cameras without the proper concern for privacy could potentially expose people to other risks, in case of data breaches (which are increasingly common), or even misuse of the data acquired by the tech companies or by the state.

Considering the power that a state has, adding more information to the kart should likely be done with extreme caution. In defence of privacy, although the increase of public security in Rio de Janeiro is welcomed, strict limitations should be further considered to allow people to party in Carnival without having to worry about being watched by Big Brother.

José Roberto de Almeida is a senior associate at Di Blasi, Parente & Associados. A lawyer and a qualified industrial property agent, he is focused on transactional matters related to IP, along with enforcement and complicated prosecution issues that involve patents, trademarks, copyright, trade secrets and unfair competition. He can be contacted at: jose.almeida@diblasi.com.br

Rodrigo Cantarino is a lawyer with a postgraduate degree in public law currently undertaking a master’s degree in IP and technology transfer at Universidade Federal do Rio de Janeiro (UFRJ). His practice focuses mainly in law and technology, cybersecurity, data privacy, compliance and government relations. He can be contacted at: rodrigo.cantarino@diblasi.com.br