Counterfeits: The Role of the Middle Man 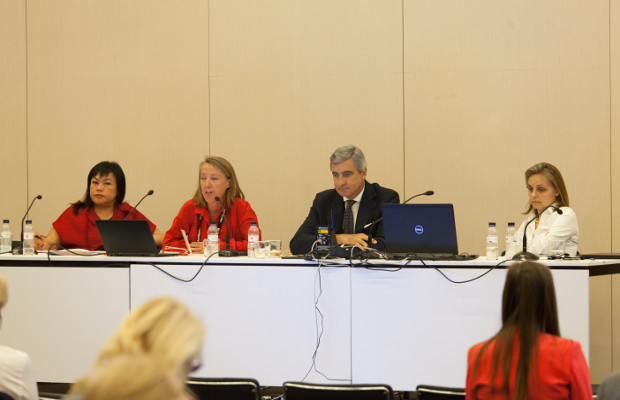 Awareness campaigns and prosecuting counterfeiters won’t stop consumers being misled by counterfeits, but damages are a great help in the fight, registrants heard yesterday.

Awareness campaigns and litigation against direct counterfeiters are not enough to protect consumers from being misled by counterfeiting, according to Valerie Sonnier (Louis Vuitton Malletier, France).

She was speaking at the session CT02  Potential Liability of Intermediaries in the Real World, yesterday.

And now it is targeting the landlords who rent out property to counterfeiters.

Focusing on China and the United States, Ms. Sonnier explained that Louis Vuitton Malletier has taken actions against landlords for contributory infringement for many years.

Ms. Sonnier advised rights owners in the United States to avoid providing landlords with general allegations without directing them to specific counterfeiters because they can then say that they don’t have knowledge of the illicit activity taking place on the premises.

Injunctions in the U.S. are very efficient, claimed Ms. Sonnier, but the real “cherry on the cake” is damages.

“You can claim up to US $2 million per mark and type of good. It’s a deterrent for counterfeiters,” she said.

Damages are lower in China: there, criminal sanctions are the real deterrent, she added, explaining that seizure of as few as 100 counterfeit Louis Vuitton bags could lead to imprisonment for eight years.

So-called “luxury” hotels have become entangled in the issue of counterfeiting in China.

Different courts across the country have held that when fake bags were sold in a shop in the hotel’s lobby that had been rented out, the hotel was liable for direct infringement, not contributory.

Isabelle Madec (Clarins, France) advised that brand owners should begin to think outside the box when defining who could be an intermediary and how they may be liable.

Clarins is currently facing the challenge of the Equivalenza franchising system which, according to Ms. Madec, sells lookalike products worldwide.

She added that it was very difficult to stop the franchise spreading, although Clarins has begun litigation in major jurisdictions across Europe.

Toes in the Water

On November 30, 2016 the declaration was signed with the world’s biggest three shipping operators as signatories, along with well-known brands including Pfizer, Richemont and Unilever.

The initiative is a set of best practices that adopt a zero tolerance policy regarding counterfeiting.

Around four years ago, the Business Action to Stop Counterfeiting and Piracy (BASCAP) initiative began working on a project looking at the roles and responsibilities of intermediaries in fighting counterfeiting and piracy in the supply chain.

Ms. Aung played an important role in the next step: beginning a process of engagement with elected groups of intermediaries in the maritime sector.

Shipping companies can also be held liable as intermediaries if they transport counterfeit goods.

“Nobody knows the answers to the counterfeiting problem, but we’re trying to work together to get to the right answers,” Ms. Aung said.

The maritime sector is big business—in 2015, it was estimated that more than 10 billion tons of goods were transported in shipping containers.

It’s not the only approach being used in the industry, “but sometimes you can’t achieve the softer approach with carrots unless you have the sticks,” Ms. Aung said.