Counterfeiting and piracy: not just about fake watches 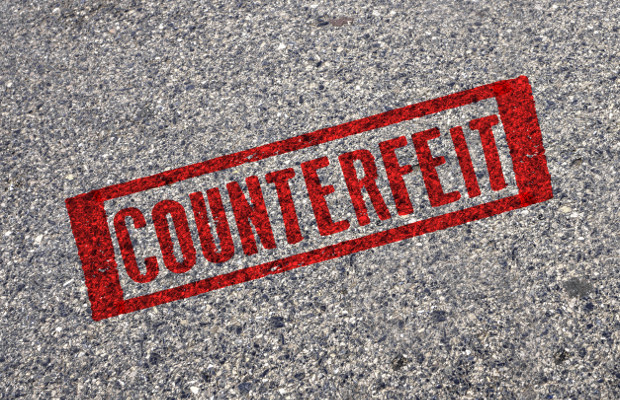 In February Frontier Economics produced a report detailing the economic problems associated with counterfeiting and piracy. WIPR spoke to Amar Breckenridge, a manager at the company, to discuss the report’s findings and why they are useful.

By 2022, international trade in counterfeit and pirated goods will total $991 billion. Digital piracy of movies, music and software will be worth between $384 and $856 billion. Legitimate economic activity valuing from $980 billion to $1.24 trillion will have been displaced.

These are just some of the forecasts in a report published by economics consultancy Frontier Economics in February. The study, “The economic impacts of counterfeiting and piracy”, was prepared for International Chamber of Commerce Business Action to Stop Counterfeiting and Piracy and the International Trademark Association.

It examines the prevalence of counterfeiting and piracy as well as their economic and social impact.

In an interview with WIPR, Amar Breckenridge, a manager at Frontier Economics, notes that the first three sections analyse how big the problems are globally, while the final part says ‘so what?’—and assesses the wider effects.

Section one draws on data from the OECD and European Union Intellectual Property Office on the trade in international counterfeits. This “authoritative starting point” is followed by examining the domestic prevalence of counterfeiting, according to Breckenridge. Next is a focus on digital piracy (film, music, software, etc).

“We estimate that the value of internationally traded and domestically produced counterfeit and pirated goods in 2013 was $710 to $917 billion,” says the report. “We estimate that, in addition to this, the global value of digital piracy in movies, music and software in 2015 was $213 billion.”

Section four addresses the question of the wider social and economic costs. This is divided into two parts, the first asking to what extent counterfeiting and piracy displace legitimate activity. The second, using econometrics and regression analysis, focuses on the relationship between changes in the incidence of counterfeiting and piracy and the effects on economic growth.

“This looks at what bang you get for your buck, as it tells you how much worse off you are due to piracy and the benefits of working to reduce piracy,” Breckenridge says.

Asked how accurate the forecasts are, he notes that in some cases Frontier Economics presented ranges which can be “very broad”.

“By definition, fakes are hard to observe directly so you have to start with whatever you can observe.”

“If you’re a government serious about economic growth, it also pays to invest in reducing the incidence of piracy and enforcing IP.”

Discussing the potential challenges to the findings’ validity, Breckenridge says the main difficulty is “starting with what’s observed and then making inferences, which are guided by methodology”.

“When estimating the value of digital piracy and films, we have numbers on illegal file-sharing, but you need to construct a price and draw on data that reflect consumer spending habits and what they pay for film products.”

He continues: “You could argue that the prices are too conservative, or could be too low, or could vary by geography more than we allow for. In those circumstances we have erred on the side of caution—our estimates on the digital side of things are probably lower than reality.”

Critics will say that some estimates on counterfeiting and piracy lack integrity because the figures assume that consumers would buy a legitimate product, which would in fact be unlikely.

However, Breckenridge says, such a notion is not particularly relevant to large parts of the report as the first three sections assess how big the problems are.

He adds that it might be more relevant to section four, “but the weakness of that notion is that it’s outdated”, he argues, as it applies mainly to goods such as luxury products.

“If you look at what is being counterfeited, luxury is a very small part (3–4%). Counterfeiting is more prevalent where consumers would be unlikely to buy fakes knowingly, eg, electrical equipment, fuels, and machinery.”

The main conclusion of the report is that counterfeiting and piracy are pervasive across the whole economy and, for example, that the issue is not just about, say, fake watches, says Breckenridge.

“It shows the payoff to government in taking action to reduce the incidence of counterfeiting and piracy. One of the most significant findings is that even if you control for other factors affecting economic performance, there still is an effect that comes from changes in the levels of piracy,” he adds.

“This tells us that if you’re a government serious about economic growth, it also pays to invest in reducing the incidence of piracy and enforcing IP.”

With the report complete, the next step is for others to do more regional analysis and detailed “field work” such as working out how to influence consumer behaviour, Breckenridge argues.

“Part of the difficulty is that consumers might be uninformed, eg, in the consumption of fake medicines or foodstuffs, or not sufficiently alert to the costs of fake goods.

“Research into the link between counterfeiting and criminality is an area where people will invest more money,” he adds.