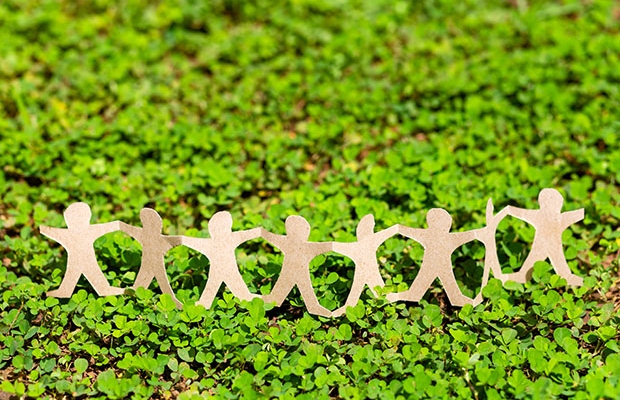 Today the message is loud and clear: CSR and sustainability must be a holistic part of any business, says Mikael Kolehmainen of TrademarkNow.

In the past, corporate social responsibility (CSR) was seen as a parallel activity to the business of turning a profit. Companies would state their commitment to CSR on their website and in literature but in reality, very little action was taken, bar allowing employees a few paid days off a year to volunteer, and perhaps making the odd donation to a cause.

To be fair, nothing further was demanded of businesses until their lack of CSR caused a catastrophe such as loss of homes, jobs or environmental damage.

However, since the 2008 financial crisis and the mounting evidence and realisation that we are living through climate change (rather than simply hoping it does not occur sometime in the future), people’s attitudes towards CSR have evolved—particularly those of millennials and the generations following them.

Today the message is loud and clear: CSR and sustainability must be a holistic part of a business, meaning profits are made through methods that benefit society and the planet as a whole. When it comes to trademarks, care must be taken to ensure that what is registered does not offend or disparage a portion of the community.

Those who fail to follow this trend, regardless of what is legally required of them, risk not only lost sales but the destruction of their brand’s reputation.

The beginnings of CSR

Although there were references to CSR as early as the 1930s, CSR truly came into its own in 1971 when the Committee for Economic Development (CED) published its Social Responsibilities of Business Corporations.

"A brand must define itself as an organisation, and CSR intiatives become the heart and soul of this definition." - Jessica Murray, Toms Shoes

This document created a ‘social contract’ between companies and society, giving birth to the concept of a ‘licence to operate’. This involves organisations contributing more to society than simply their products and/or services.

The collapse of Enron in 2001 illustrated just how diverged from reality a company’s claims for its CSR can be. As Joel Bakan argues in his 2004 book The Corporation: The Pathological Pursuit of Profit and Power: “Enron’s story ... suggests, at a minimum, that scepticism about corporate social responsibility is well warranted.”

Today, we live in a society which has embraced social movement and demands from governments and lobbyists for increased diversity, not just in terms of gender but social class, ethnicity. CSR is no longer something which can be buried in the PR/marketing department; for most companies, it is an integral part of their strategy.

Can CSR sometimes cause problems rather than solve them? Unfortunately, yes. For example, a paper by John A List and Fatemeh Momen in 2017 set out details of an experiment offering CSR incentives to employees. The researchers found that CSR increases worker misbehaviour, noting that: “Workers who received our CSR message were more likely to become cheaters and cheated more often than those who were not incentivised with CSR.”

Other criticisms are that the CSR strategies of leaders in the field are, once you cut through the spin, found to be ineffective at best and damaging to communities at worst.

There have been several high-profile cases involving indigenous and minority groups challenging the use of a brand’s trademark. For example, Asian American rock band ‘The Slants’ had their application to register their name as a trademark rejected on the grounds it was disparaging to people of Asian descent.

This led to the ground-breaking decision in Matal v Tam, where the Supreme Court stated: “The disparagement clause (section 2[a] of the Lanham Act) violates the First Amendment’s Free Speech Clause. Contrary to the government’s contention, trademarks are private, not government speech.”

William R. Samuels, partner at Scarinci & Hollenbeck, says: “Still in other cases, CSR is a core piece of companies’ branding and communication, such as the rise of the ‘B Corporation’—businesses that meet high standards of verified social and environmental performance, public transparency, and legal accountability—and commitments made by companies such as Patagonia to qualify for that certification.”

In 2017, INTA held a Brand Authenticity Conference and co-chair, IP and CSR director of Toms Shoes, Jessica Murray, stated in an interview: “Today, a brand is asked to be more than just a logo or its intellectual property; a brand must define itself as an organisation, and CSR initiatives become the heart and soul of this definition. Most companies today are being asked by consumers to acknowledge their social and environmental impact, putting a lens on the authenticity of the brand.”

CSR is not free from problems. However, research shows the new generations of consumers are prepared to pay more for sustainable offerings. In addition, they expect honesty and transparency and will confront entities on social media if they see evidence of a company putting profits ahead of people.

When it comes to reputational management and building a trustworthy brand, CSR can no longer be a sideline to a company’s growth strategy, it must be an integral and integrated part of it.

Mikael Kolehmainen is CEO and co-founder of TrademarkNow. He is an international trademark attorney with significant trademark law domain expertise, with a licence in New York and an experienced and successful angel investor and third-generation entrepreneur. He can be contacted at: mikael.kolehmainen@trademarknow.com