Compulsory licence: Getting to work 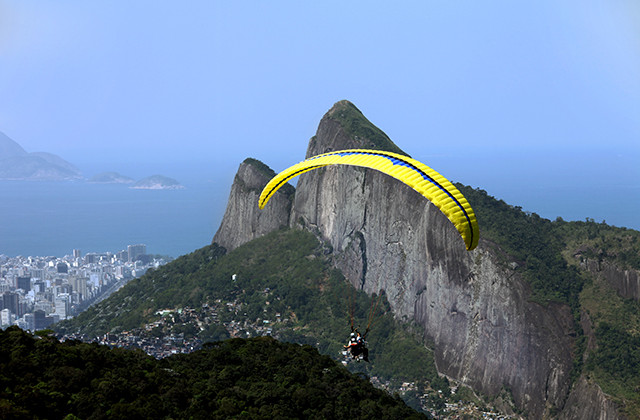 Patent owners are theoretically required to work their inventions in Brazil, or run the risk of a compulsory licence being granted to a competitor, but the situation is complicated, as Fabio Albergaria Dias of Luiz Leonardos & Advogados explains.

“Am I obliged to work my invention locally?” Regularly, in Brazil, foreign companies are faced with this apparently simple question.

According to the previous Brazilian Industrial Property Code of 1971, if the product protected by a patent was not exploited in the country within a period of four years from its date of grant, or if such exploitation was interrupted for a period of more than two consecutive years, the patent would be forfeited.

The current Industrial Property Law, dated May 14, 1996, abolished such a rule. It is important to remark that now there is a provision under article 68(1)(I) of the IP law stating that if the product is not locally exploited within a three-year period from its grant, it becomes vulnerable to compulsory licences, except in specific cases when local manufacture is not economically viable. In these cases, importation is allowed.

According to Brazil’s IP law, a compulsory licence may be requested only by a party with a legitimate interest, as well as the technical and economic capability to effectively exploit the product protected by the patent. The compulsory licence will be non-exclusive, and sub-licensing is not permitted.

Some may argue that the above provision should be analysed in conjunction with the caput of article 68 of Brazil’s IP law, concluding that the local working requirement depends on the patentee having first exercised its rights in an abusive manner or abused its economic power.

The effect of TRIPS

On the other hand, Brazil has been a member of the TRIPS Agreement since 1994. Article 27.1 of the agreement states that patent rights shall be enjoyed regardless of whether products are imported or locally produced. In fact, TRIPS was the basis for the creation of Brazil’s IP law, which will celebrate its 20th anniversary in 2016. This is why the law is not deemed to be TRIPS-compliant.

Nevertheless, article 2.2 of TRIPS states that nothing shall detract from existing obligations that members may have to each other under the Paris Convention. Article 5A(2) of Paris Convention, in turn, corroborates that each member country has the right to take measures providing for the grant of compulsory licences to prevent abuses resulting from the exercise of exclusive rights, such as failure to work the invention. The Paris Convention entered into force in Brazil back in 1884.

"The mere assembly of the product would correspond to the importation of the parts constituting it, and would be admitted only if local manufacturing proves to be unfeasible."

TRIPS itself also corroborates such an assertion, since the interpretation of articles 30 and 31 allows members to provide limited exceptions to the exclusive rights of the patent, including the use of the patented subject matter by the government or third parties authorised by the government. It concludes that the local working requirement is within the scope of the agreement.

Historically, the local working requirement of Brazil’s IP law was challenged at the WTO in the dispute of US v Brazil back in 2000. The Brazilian government attempted to grant compulsory licences based on the lack of local manufacturing of patented medicines owned
by US pharmaceutical companies, in an attempt to threaten these companies to reduce the prices of the medicines used in Brazil’s public health programme to combat AIDS. However, during the discussion, in 2001, the US and  Brazil reached an agreement, with the US withdrawing its complaint, but the enforceability of the local working requirement was not discussed.

Generally, companies attempt to overcome such a requirement by voluntarily licensing the patented invention or seeking to license it. One of the most common types of offer for license is ‘nominal’ working, which comprises the placing of advertisements, usually in the Federal Official Journal, offering a licence on certain terms.

However, there is no evidence to suggest such an approach would be effective to prove that the invention was worked or there had at least been an attempt to work it, in order to avoid the grant of a compulsory licence to an interested third party. Unlike in other countries, there are no provisions in Brazil’s IP law on the filing of statements disclosing the status of working.

In theory, however, the law still has a provision in article 69 listing quite general situations in which a compulsory licence should not be granted. These include, for example, if the patentee justifies its failure to use the invention with legitimate reasons, which is consistent with the provision of article 5A(4) of the Paris Convention, or if the patentee proves that serious and effective preparation for exploitation has been made.

If all mechanisms to avoid the compulsory licence prove to be ineffective, the patentee must be aware that such a licence is still subject to royalty payments.

In view of the above, the current understanding is that in principle the right of the patent owner shall not prevail over the public interest. 

Fabio Albergaria Dias is a partner at Luiz Leonardos & Advogados. A patent engineer, he specialises in patent and industrial design prosecution and litigation, and has been working for 15 years in the intellectual property field. He can be contacted at: falbergaria@llip.com