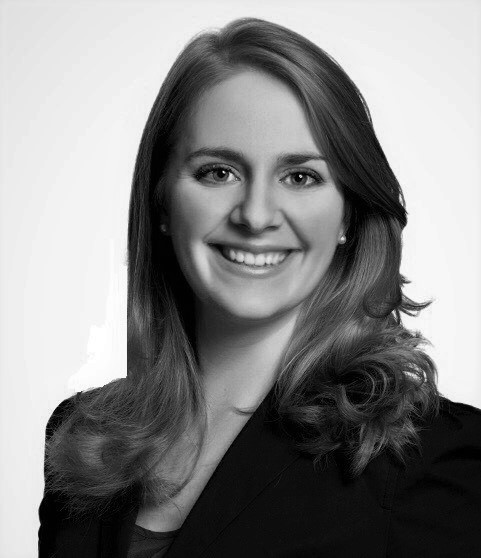 We need to take concrete steps to get more women promoted in law firms, on the bench and in government roles, says Annsley Merelle Ward, senior associate at Bristows.

Did you face any challenges or barriers when you first started your career?

After graduating from UCL with my Master of Laws in IP in 2008, I started in practice as a trainee at a boutique media/IP litigation firm. The biggest initial challenge I faced was entering the close-knit IP sphere.

I quickly started attending IP seminars and social events with fervour. At the time, if you looked around these rooms, the demographics were pretty static—a quite small group of often much older, senior, white men in intense discussion about whatever case was the topic du jour.

Especially as a trainee, my experience was that it was often very intimidating to walk up to these groups, introduce yourself and feel like you were not an impostor or interloper (especially with an American accent like mine!).

That is why I started to find other ways to get involved in the IP community, including writing pieces about IP cases and legislation that I would send in the hope they would be posted on the IPKat website. Shortly after, I was asked to be a permanent contributor. With the increasing experience and exposure to IP that writing for IPKat brought, I became confident enough that walking up to those groups was no longer as intimidating and quickly ingrained myself in the IP community.

Another challenge is one I still face on occasion. We are often trained to assume that the most experienced, knowledgeable person in the room is the older man, not the younger woman. I often experienced people in meetings defer to a partner for this reason, when often I was the one who had to answer the question or point. I experience this even now.

What did you understand about IP before you joined the industry?

My first real introduction to IP was during the Napster file-sharing wars in the early 2000s. As an avid Rolling Stone reader at university, I was intrigued as to why some musicians and recording companies were suing their customers in significant lawsuits.

"We can attend talks and seminars about the problem until the cows come home, but we really need to take concrete steps to get more women promoted."

Delving deeper into the litigation, I became fascinated by the intersection between creativity, law and business. Even then it struck me as suboptimal that legislation that was designed for a wholly different era of technology and commerce was trying, and often failing, to accommodate the realities of technology and consumer demand in the modern world.

How do you think women’s role in the IP industry has changed since then?

I am still relatively junior in the IP life span, but after ten years in practice I have seen a much larger influx of junior members of the IP profession actively getting involved in industry and professional associations, writing, speaking and attending more events.

With this influx, I have seen more women getting involved in the IP community earlier in their careers which is fantastic. I have also seen more women in senior in-house roles instructing solicitors, increasingly in the telecoms space.

What I find the most heartening is that the issue of gender diversity and pay equality is acknowledged as a problem that needs to be fixed, when ten years ago no-one was actually that vocal about the huge gulf in the number of women making partner, taking silk or being appointed to the bench, as compared to men.

Once you recognise and identify the problem, instead of ignoring or explaining it away, you can finally start to fix it for the benefit of all. What is especially encouraging is that men in our profession, especially in the judiciary, are adding their voice and support to try to fix this problem.

What more can the IP industry do to encourage the participation of women?

Take some action! We can attend talks and seminars about the problem until the cows come home, but we really need to take concrete steps to get more women promoted in law firms, appointed to the bench and in government policy roles.

How can the industry support innovative and creative women in bringing their ideas to market?

Funding! Getting access to finance is still a significant challenge for women inventors, including when battling the recognised gender bias as to whether an investment in a woman’s idea or business is a wise investment. As a result, women are often faced with having to self-finance or to park their ideas. We need to reevaluate the way women can access finance, especially in the UK, and provide initiatives to ensure that women-led ventures have opportunities to funding from an early stage.

My mom. It should come as no surprise that the reason I am in IP and a staunch advocate for diversity and equality is because of her. She has often been the only woman at the table throughout her demanding career, while taking care of two children. Her strength, professionalism, pursuit of excellence and incredible sense of style has been an inspiration my entire life and career.

Also Justice Ginsburg, Baroness Hale, Mary Beard and the nameless/faceless brave and inventive women who have been lost to history, but I hope we can rediscover.