The Potential and Pitfalls of Consumer Empowerment 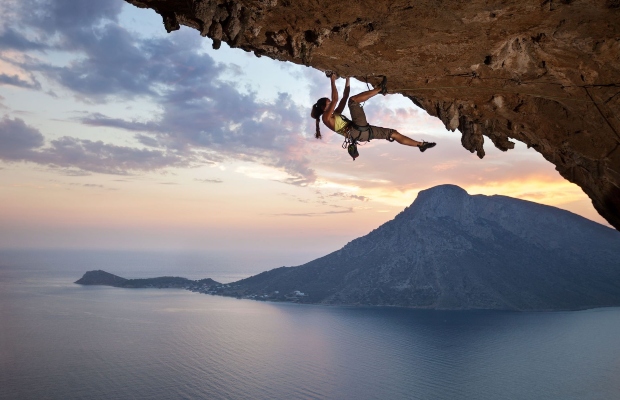 “In the era of Facebook, Instagram, YouTube, and TikTok, brand-building has become a vexing challenge.” So said Lorenzo Litta, Chief Business Officer, BrandIT GmbH (Switzerland), moderator of Branding in the Age of Social Media and the Impact of Consumer Brand Empowerment, held yesterday, November 16.

Brands can benefit from huge increases in awareness, market share, and upticks in revenue from engaging and empowering their consumers, but there are also big risks involved, the panel said.

Mr. Litta explained how brands “succeed when they break through in culture,” and that consumers now serve as effective and prolific cultural innovators.

A beauty soap campaign, for example, featured a sketch artist drawing a portrait of a subject based on that woman’s description of herself. The artist then drew another version of that same person as a stranger depicted them. The campaign drew millions of views on YouTube and more than 4.6 billion impressions on social media, Mr. Litta said.

In contrast, he pointed to a grooming products company’s advertisement with a gender-specific social message that sparked controversy, with dislikes from men’s rights groups far surpassing the number of likes it received.

“Digitization helps consumers to communicate with brands in ways that were not possible before.” - Alexander Bayer, Pinsent Masons

Alexander Bayer, a Partner at Pinsent Masons AB (Germany), said “‘likes’ are the new dollars,” which is why consumer empowerment is such a desirable goal for brands.

“The consumer was traditionally seen as the mere recipient of marketing campaigns. This has changed in the digital age,” Mr. Bayer explained. “Digitization helps consumers to communicate with brands in ways that were not possible before.”

“It’s much more interactive now,” he added, noting how, for example, consumers can now provide suggestions for a sneaker design. “This is understood as the ‘empowerment of the consumer.’”

But there are risks, warned Mr. Bayer. “Communication is much more intense than it was before, and once things are out there, they can go viral. Brand owners have to think twice before creating a new campaign to make sure it will be received the way they intend.”

Brand owners wishing to increase their cultural relevance should undertake thorough research before launching a marketing campaign—or risk “suicide” from a negative response.

“The punishment is instant from the time you press the ‘send’ button,” Mr. Bayer warned.

“We have hundreds of wrestlers who are directly engaged with their fans. We like to go where they are and connect with them in meaningful ways,” said Ms. Dienes-Middlen. “When our wrestlers are in the ring, a ‘boo’ is as important as good feedback.”

Ms. Dienes-Middlen personally reviews every piece of marketing shared on social media before it is posted to make sure that, among other things, the brand’s IP is being used correctly.

Brands should maintain control over how their IP is used, obtain permission from third parties where necessary, and make sure their consumers are not engaged in impersonation accounts on Twitter or Facebook—a common issue for Ms. Dienes-Middlen because wrestling fans often like to impersonate or parody the wrestlers, she said.

“When our wrestlers are in the ring, a ‘boo’ is as important as good feedback.” - Lauren Dienes-Middlen, World Wrestling Entertainment, Inc.

Brands in the U.S. using social media influencers to endorse products need to ensure they comply with the Federal Trade Commission’s (FTC) Guides Concerning the Use of Endorsements and Testimonials in Advertising.

“The FTC wants you to be responsible and ensure that the consumer isn’t being fooled by an endorser,” explained Ms. Dienes-Middlen, adding, “the overriding concern is protection of the consumer.”

Endorsements and testimonials have a specific definition that encompasses people on social media discussing products they have purchased.

“My parents would find it very humorous that we are actually paying people to talk about products online. But it is a very real business and involves a lot of money,” Ms. Dienes-Middlen said.

The definition of an “endorser” under the FTC rules is clear. “The minute compensation is involved then clearly you are an endorser and must disclose that to the consumer,” she said, noting that “compensation” could include a niche blogger who receives a product for free, with the expectation that the blogger reviews the product.

Brands can avoid sanctions by ensuring their endorsers disclose their commercial relationships—for instance by using a hashtag such as “#sponsor” on Twitter, she explained.

Brands should also be “thinking long and hard” about their own social media policies, she said, since employees who are active on social media may inadvertently, or deliberately, cause problems.

A typical issue could be an employee who participates in an online message board discussion that is sponsored by their employer, regarding one of their employer’s products.

“That is a very obvious case of them being an endorser,” Ms. Dienes-Middlen confirmed, and the employee must disclose it.

There are also other non-regulatory issues to consider that can create “PR nightmares,” she added.

“You need to be monitoring social media feedback and how to escalate responses. You need to train those who ‘Tweet.’ You need to know when to respond and when not to respond,” she warned.