Taking TRIPS: the enforcement of IP in Brazil 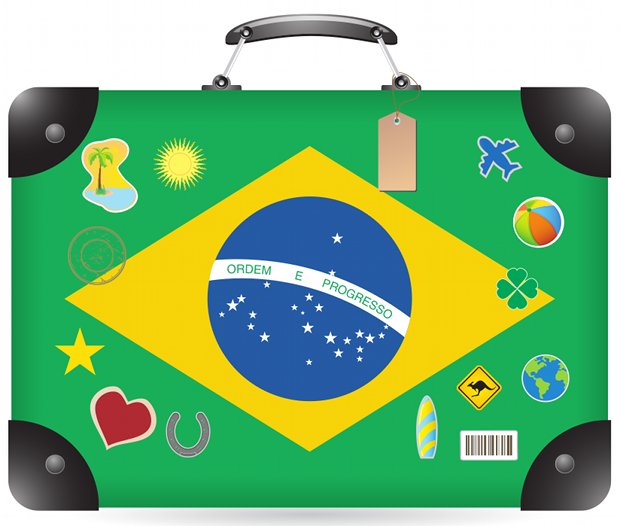 To answer questions about whether or not it has mechanisms that are capable of effectively enforcing IP rights, Philippe Bhering offers his overview of the relevant aspects of the Brazilian legal system.

In March of this year, the Council for the World Trade Organization (WTO’s) Trade-Related Aspects of Intellectual Property Rights (TRIPS) Agreement met to discuss the request of the so-called least developed countries (LDCs) for an extension of the transition period prior to full compliance by these countries with the TRIPS rules on IP. The transition period is due to expire on July 1, 2013. During the transition time, LDCs have not been totally exempt from the application of TRIPS rules but have been entitled to a certain degree of flexibility in choosing which rights to protect.

The LDCs have requested that the transition period be extended for each individual LDC, until such time as the country in question is no longer classified as one of the “least developed”, in accordance with UN standards. This proposal has received the strong support of developing countries, including Brazil. The developed countries, in turn, while broadly agreeing to the extension of the transition period, are concerned about the terms proposed by the LDCs, and, specifically, about the lack of a pre-defined end to the extension period.

In defending the LDC proposal, the Brazilian representative to the talks argued that clauses which confer special/differentiated treatment on countries in line with their specific circumstances are an important feature of WTO treaties and agreements. Furthermore, he stressed the importance of the international system on IP giving countries adequate time to adapt their national legislation at a pace which is compatible with their progress in social and economic development.

The Brazilian representative also reminded delegates that incorporating developing countries (and particularly the least developed) into the so-called ‘knowledge economy’ is no easy task, and that the complexities involved were not fully foreseeable at the Uruguay Round of trade talks, held 20 years ago.

He concluded that the ongoing difficulties further highlight the need for the extension of the transition period, on the terms suggested by the LDCs.

The delegates agreed to the extension, but no decision was made as to whether a new cut-off date should be set for all countries or whether the extension should run for each individual country, until such time as that country ceases to be considered one of the “least developed”. A fresh meeting has been scheduled for June and presumably the issue will be decided then, prior to the expiry of the original July 1 deadline for the end of the transition period.

As far as Brazil itself is concerned, questions are frequently asked about whether or not it has mechanisms that are capable of effectively enforcing IP rights. The purpose of this article, in the light of the recent discussion on transition periods for LDCs and also bearing in mind the forthcoming major international events to be held in Brazil, including the 2014 FIFA World Cup and the 2016 Olympic Games, is to set out an overview of the relevant aspects of the Brazilian legal system.

The rights and duties pertaining to trademarks, patents, designs and geographical indications as well as the rules on the suppression of unfair competition in Brazil are set out in the Brazilian Law of Industrial Property (LPI). The LPI provides that infringement of trademark, design, patent and geographical indication rights and acts of unfair competition constitute both a civil wrong (tort) and a crime. Hence, the injured party is entitled to rely on both civil and criminal measures in order to enforce its rights.

As for the civil proceedings, the injured party may file a lawsuit seeking the cessation of the infringing act, coupled with a claim for damages. The lawsuit may also include an ex parte preliminary injunction request, with a view to immediate cessation of the harmful conduct until a decision on the merits is rendered, subject to specific requirements of the Civil Procedure Code (CPC).

In order to obtain a preliminary injunction, the plaintiff must demonstrate a prima facie good case, ie, that there is a likelihood of success on the merits of the case, and that delay in granting the relief sought would be likely to give rise to harm that is irreparable or very difficult to redress.

The plaintiff may also seek the imposition of a daily penalty for failure to abide by the preliminary injunction. If the interim relief sought is granted, the defendant will be restrained from practising the infringing act pending a final and definitive ruling on the substantive lawsuit. In some circumstances, a court will only grant interim injunctive relief if the petitioner posts a bond or a fiduciary guarantee to cover any losses incurred by the respondent.

Specifically in relation to trademark infringement, it is also open to the court to order the seizure of all merchandise, products, objects, packages, labels and other materials bearing the falsified mark, if the falsification is a blatant reproduction or imitation of a registered trademark.

In relation to the quantum of damages payable for infringement, the LPI applies a triple criteria calculation, so that damages are fixed on the basis of the criterion which is the most beneficial to the injured party, chosen from the following list: a) the benefit that the injured party would have obtained if the violation had not occurred; b) the benefit actually obtained by the author of the violation of the rights; or c) the remuneration that the author of the violation would have paid to the proprietor for a licence for use of the protected rights.

With regards to trademark infringement, it is important to note that, as of 2003, the settled view of the Superior Court of Justice is that proof of the violation of a trademark right is sufficient in itself to give rise to a right to damages independently of any evidence of harm caused to the injured party.

The CPC states that the plaintiff may draw on all legal and morally legitimate means of proving the existence of the rights asserted. It makes specific reference to ‘personal deposition’ (the giving or oral evidence by the person orpersons asserting the rights); the exhibition of documents or other material; witness testimony; expert evidence and court inspections.

In addition, the CPC permits the court to direct early production of evidence. A party is therefore entitled to make an application for the production of expert evidence prior to the filing of the substantive lawsuit (or, post-filing, at an early stage of the proceedings). The plaintiff must demonstrate solid reasons for the application eg, that there are reasonable grounds for fearing that, in the absence of an order for early production, the evidence in question may be lost or destroyed.

"PROOF OF THE VIOLATION OF A TRADEMARK RIGHT IS SUFFICIENT IN ITSELF TO GIVE RISE TO A RIGHT TO DAMAGES INDEPENDENTLY OF ANY EVIDENCE OF HARM CAUSED TO THE INJURED PARTY."

In addition to infringement actions, the LPI makes provision for the setting aside of trademarks, designs and patent registrations which have been unduly appropriated by third parties. In such a nullity action, the interested party may include in its initial application a request for an immediate stay of the effects of the registration in question pending a final decision on the substantive issue of whether or not there has been undue appropriation. Such an order for stay requires the satisfaction of requisites of the CPC referred to above in relation to interim relief.