Taiwan's IP laws in focus: the tribulations of a rubber duck 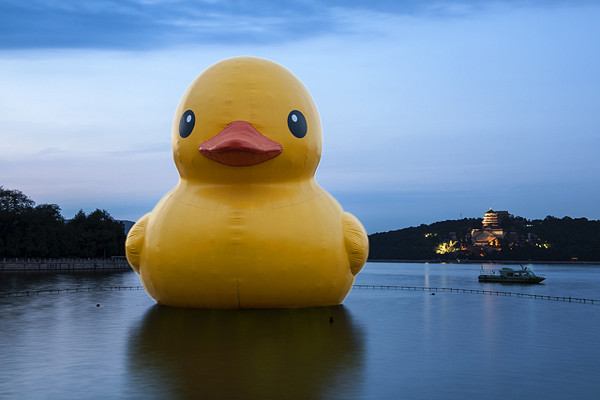 The debate around a floating work of art brings several aspects of Taiwanese IP law into focus, say Julia Liu and T.K. Lin.

"Duck Explodes”. It’s probably not the headline expected this past New Year’s Eve by Dutch artist Florentijn Hofman but this was indeed at the top of a series of domestic news reports when Hofman’s 18-metre high yellow rubber duck, on display in a northern Taiwan port, exploded just hours before it was expected to attract a large crowd to count down the new year.

From September 2013 to January 2014, it was estimated that nine million tourists in three Taiwanese cities, Kaohsiung, Taoyuan and Keelung, viewed the installation, known in Taiwan as Baby Yellow Duck (黃色小鴨). That’s around 40 percent of the population of Taiwan and, given this frenzied interest, it was not surprising when domestic news stories broke that Hofman was dissatisfied with the Keelung display in particular, amid accusations of copyright infringement, and refused to attend any related activities, that attention would focus on Taiwan’s IP rights protection.