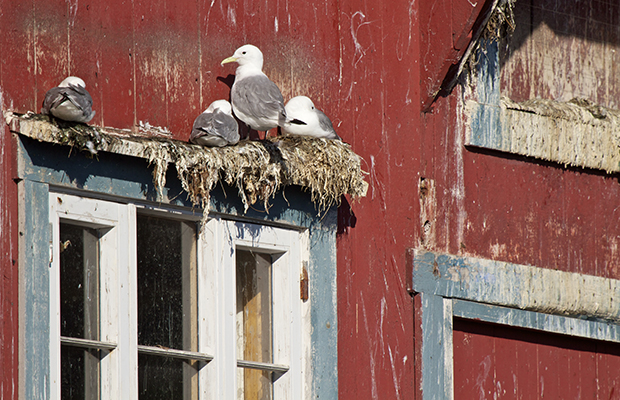 When it was introduced the new Chinese Trademark Law (TML) didn’t seem tough enough against trademark squatting, but after three years of implementation we have found that the TML has many resources and provisions that can be used to stop malicious trademarks.

On January 24, 2011, an individual called Hongqun Liu filed an application for registering ‘face book’ as a trademark before the Chinese Trademark Office (CTMO). It designated “vegetable canned food, potato chips” in class 29, “coffee beverage, tea beverage and candy” in class 30, and “fruit juice (beverage), iced (beverage), vegetable juice (beverage)” in class 32. The trademarks were preliminarily approved by the CTMO.

Social media platform Facebook later undertook legal action in order to invalidate the trademarks and succeeded at the Beijing No. 1 Intermediate Court. According to article 44 of China’s TML, the court stated: “If improper means are found in the examination stage of a trademark application, it is detrimental to restrain such means by cancellation of a registered trademark instead of rejecting the registration at the approval stage.”

In this case, Facebook succeeded in proving that Liu had filed multiple applications for ‘face book’ trademarks in many different classes. Besides, Liu has also registered reproductions and imitations of others trademarks with high reputation.

In the early 2000s, Qiaodan Sports, a Chinese sportswear company, started using ‘’ and ‘Qiaodan’ (transliteration in Chinese characters and pinyin [Mandarin Chinese written in the Latin alphabet] of ‘Jordan’) to market its products. The company filed trademark applications for ‘’
representing a silhouette of a basketball player in mid-leap, a ‘jumpman’ pose made famous by Michael Jordan in connection with the Air Jordan line of trainers made by Nike. In 2012, Jordan filed proceedings to cancel the registration of Qiaodan’s trademark ‘’.

On December 8, 2016, the Supreme People’s Court invalidated three “Qiaodan in Chinese characters” trademarks, recognising Qiaodan Sports’ bad faith and that the ‘Jordan’ name is well-known in China. Jordan established his fame in China starting around 1984, long before Qiaodan Sports filed its first disputed trademark application, and has an influence not just in sports but in other industries in China, which increases the likelihood that Qiaodan Sports’ use of ‘Jordan’ in Chinese characters would mislead consumers into believing there is a connection between them.

However, the Supreme Court rejected Jordan’s claim on the pinyin translation of his name ‘Qiaodan’—since this version may not be closely linked with the former basketball player.

Salvatore Ferragamo is the owner of several trademarks in China including the words ‘Salvatore Ferragamo’, enjoying high fame and reputation worldwide in the luxury fashion industry. A Chinese company registered two trademarks covering lighting apparatus and other goods in class 11 in 2012 and 2011.

Ferragamo filed invalidation actions against these trademarks on the grounds that these marks constituted a wilful copy and imitation of its well-known marks in bad faith (article 13.2 of the TML).

The court recognised the ‘Salvatore Ferragamo’ trademarks as well known for “clothing” in class 25. The court further ruled that the contested marks were almost identical with Salvatore’s well-known trademarks in terms of lettering and overall visual effect, and target consumers of clothing—popular consumer products—so they would overlap with those of lighting, cooking apparatus and other products designated by the contested trademarks.

A Chinese individual filed a registration for the trademark ‘Nuxe’ in China. Laboratoire Nuxe filed an opposition against this application. The court explained that Chinese consumers can usually access relevant advertisements posted from abroad. Moreover, in order to characterise the malicious intention, the court pointed out that the contested trademark ‘Nuxe’ has gained a good reputation in its industry in China and the trademarks were highly similar with the same combination of a tree design. The court rejected the application according to article 31 of the prior trademark law (article 32 in the new TML).

Trunkbow Asia Pacific, a Chinese company, applied for registration of ‘’ (Weixin) as a trademark on November 12, 2010, about two months before the launch of the Weixin instant messaging service by Tencent.

Tencent has extensively used the mark
‘’ (Weixin) for its instant messaging services, known as ‘WeChat’ in English, and the trademark is highly recognised throughout China.

However, despite Trunkbow’s application being filed before Tencent itself applied to register the ‘’ mark on January 24, 2011, and also before Tencent had commenced use of the mark, the Beijing IP Court invalidated Trunkbow’s trademark based on article 10(1)(8) of China’s TML, which prohibits trademark protection of any words that would be “detrimental to socialist morals or customs, or have other unhealthy influences”.

In other words, the potential confusion to many WeChat users would negatively impact the public interest and “stability of the market order”, thereby resulting in an “unhealthy influence” to society. The decision is unique, not followed by others and is highly criticised by some scholars.

Apple applied to register ‘iPhone’ as a trademark in China in 2002 in class 9 for “electronics”. The iPhone products were announced in January 2007 and launched in the US market in June 2007. The iPhone was launched in China only in 2009. Xintong Tiandi Technology filed a trademark application for ‘iPhone’ in September 2007.

"The evidence presented was insufficient to show that the word ‘iPhone’ had attained well-known status before the application date of the opposed mark."

In 2012, Apple brought a case before the Chinese courts for removal of Xintong’s trademarks based on article 13.2 (well-known trademark) and article 10(1)(8) (“unhealthy influence”) of the TML. In the last decision rendered, the Beijing Higher People’s Court rejected all of Apple’s claims based on the fact that most of the evidence of use of the word ‘iPhone’ submitted by Apple was taken after the date of filing of the opposed trademark.

Therefore, the evidence presented was insufficient to show that the word ‘iPhone’ had attained well-known status before the application date of the opposed mark. In fact, at the filing date, Apple’s iPhone products had only been launched for three months in US market.

Marie Ferey is a foreign legal counsel at HFG. She graduated in business law and IP law from Aix-Marseille. After working in France with European law firms Fidal and Novagraaf, Ferey joined HFG in 2016. She can be contacted at: mferey@hfgip.com