Avoiding the perils of collaboration 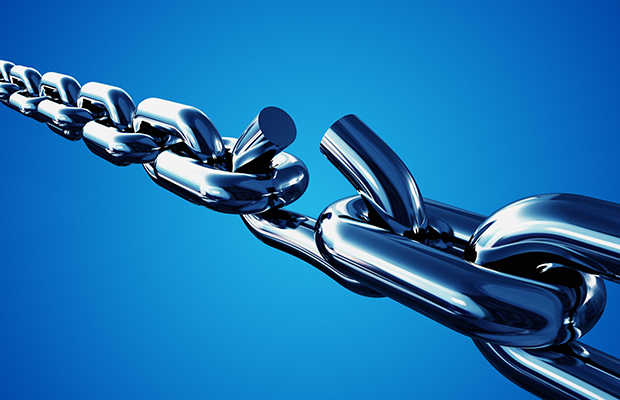 Foreign businesses operating in Japan must consider several important points if they wish to successfully manage the development of technology jointly with Japanese corporations. Yoshitaka Sonoda and Natalie Crick of Sonoda & Kobayashi provide the details.

In practice, a Japanese court could find jurisdiction over, and apply Japanese law with respect to, ownership rights disputes where at least one inventor is based in Japan when the invention was conceived. If, however, there is an agreement between the inventor and the company over the court and the laws that should be applied which precludes the Japanese courts and Japanese laws, the agreement prevails and the ownership will be determined accordingly.

For an invention made jointly by a Japanese and a non-Japanese inventor in Japan, the following provisions of the Japanese Patent Law will be applied:

A patent application must be filed jointly by the inventors or their assignees;

In order for the right to apply for a patent to be assigned from one of the inventors to a third party including his/her employer, consent of the other inventor must be obtained; and

Violation of the above 1) and/or 2) can be a reason for retroactive invalidation of the patent.

When the employer has company rules which provide that the employee invention belongs to the employer from the time the invention is made, the rules prevail so that the question about the ownership as well as the complications which could arise from the other inventor’s consent to the assignment is addressed because there is no room for the inventors to intervene in the assignment of the right to apply for a patent.

Article 35 of the Japanese Patent Law was amended on April 1, 2016 to introduce provisions regarding the ownership of employee inventions and the remuneration to which the inventors are entitled as a result of assignment of their inventions.

In the absence of the company rules mentioned above, the old provisions still apply and the inventor owns the invention. The old law provides that the inventor may choose not to assign the invention to the employer, but should that be the case, the employer has a royalty-free non-exclusive licence on the patent.

Under the old law, there is a potential risk that the inventor refuses to assign the right to the company or does not agree with the assignment of the other portion of right assigned to the partner company.

To address the question of remuneration, on April 22, 2016, guidelines were issued by Japan’s Ministry of Economy, Trade and Industry (METI) which specify the procedures according to which the company rules must be established so that the rules are deemed to be valid and binding to employee inventors.

The amendments also say that the appropriate employee remuneration can include economic benefits such as paid holiday or opportunities for studying abroad, among other things.

As long as there is a possibility that an invention is made in the Japanese territory (even when all of the inventors are foreign), it is advisable to have company rules made according to the METI guidelines, unless of course there is a contractual agreement between the employer and the employee to apply the law of another country instead of the Japanese law.

Employee inventions before the amendments

Although Japanese society is not litigious normally, before these amendments there were many lawsuits based on the remuneration for employee inventions, and in many cases, uncharacteristically for Japan, large sums of damages were awarded to the employees in question, in some cases upwards of $1 million.

The challenge for the employer is the lengthy limitation period available to employee inventors. As opposed to the three-year time limitation for tort, an employee has ten years to claim for unjust enrichment. In some instances, the limitation period has been calculated to begin on the date of the retirement of the inventor.

Even if the manufacturer is a subsidiary of a co-patentee, the subsidiary will be deemed to be a third party independent from the co-patentee and the above-described situation will apply.

There exists a limited situation in manufacturing where the consent of a co-patentee is not required because the licensee is acting almost like a part of the patentee. The Supreme Court decision of December 22, 2016, referred to as the Knitting Machine case, set a precedent that said subcontracting a company for manufacturing work may, in certain circumstances, be deemed to be work by the contracting co-owner.

There is an exclusive licence provided by the Japanese Patent Law whereby the right to demand an injunction and damages compensation from the infringer are assigned to the exclusive licensee so that the patentee has no remaining enforceable rights with respect to the patent. Registration at the Japan Patent Office is necessary to establish this exclusive licence. Other exclusive or non-exclusive licences do not need to be registered.

One of the points a licensee must be aware of is intervention by the Fair Trade Commission under the Anti-Monopoly Law and Guidelines, which provide the clauses which will likely be deemed unfair, as follows:

To determine or limit the prices of the products made under the licence;

To limit trade with the competitor of the licensor;

To limit the source where the raw materials are purchased for the production of licensed products; and

To limit the area, number, and purchaser of the licensed products.

The above-mentioned considerations should be at the forefront of any foreign corporation’s mind when engaging in R&D jointly with a Japanese corporation.

"An employee has ten years to claim for unjust enrichment. In some instances, the limitation period has been calculated to begin on the date of the retirement of the inventor."

Yoshitaka Sonoda is the co-founder of Sonoda & Kobayashi. He has more than 25 years’ experience in IP in Japan, including ten years as a director of a major Japanese IP firm before founding Sonoda & Kobayashi. He specialises in IP-related matters such as patents, trademarks, licensing and trade secrets. He can be contacted at: ysonoda@patents.jp

Natalie Crick is a member of the international affairs department at Sonoda & Kobayashi. She specialises in comparative jurisdictional analysis of IP law between Europe, the US and Japan. She is a qualified Australian lawyer and graduated from Queensland University of Technology with degrees in law and environmental science. She can be contacted at: ncrick@patents.jp